Not all videos need a deeper story or a whole lot of moving parts. Sometimes the best way to achieve a great result can be to keep it simple; Take two friends who happen to be one of the best Street Trials riders and one of the best BMX riders on the planet and follow them on a mountain bike ride into the woods and to the streets of a random city. In “This and That”, Danny MacAskill and Kriss Kyle give the best example that the most important thing on two wheels is enjoying yourself and having fun. Enjoy watching “This and That” on Danny MacAskill’s YouTube Channel:

For his latest edit, Danny MacAskill teamed up with fellow Scotsman Kriss Kyle and their partner Endura. In the first half of the video, they explore the woods and magic unfolds on features where most people wouldn’t even think of riding their bikes. Both riders transfer their very own style of riding to their mountain bikes and get inspired by each other. This first part displays a good dose of trail shredding, followed by tree hops, wallrides, creative trick combos and even a couple of crashes in an all-natural environment.

In the second half, the two Endura riders take us to their original playground – the streets. In Blackpool, a town on the north-west coast of England, they cruise around the sea front and make any given trick look easy. Smooth as always, Kriss Kyle puts on a show on his BMX and even uses his backpack to master a wallride to flair while Danny goes big on his trials bike and one more time leaves us speechless with a balancing act at the very end. 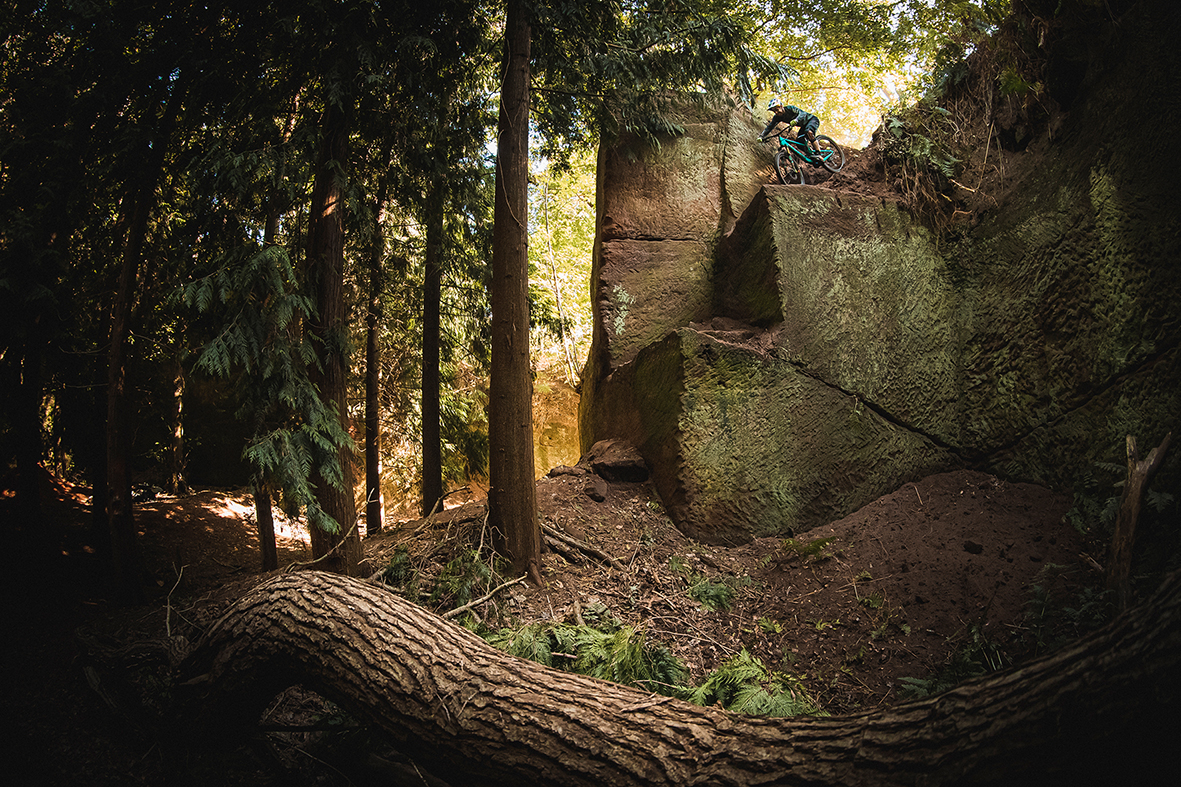 Interview with Danny and Kriss:

Rasoulution: We’ve seen you and Kriss riding together a lot in the last years but this is the first bigger edit you teamed up for. How did you come up with the idea?

Danny: Last September I had originally planned to produce a bigger project involving Kriss and another two riders from abroad. But of course as most thing in 2020 those plans fell through because my other two friends weren’t able to travel. So instead we thought we’d change our plans and still go ahead and try do a little bit of filming. This time involving our mutual partner Endura which is a Scottish brand that supports us with helmets and protection pads. I wanted to make a video with Kriss for a number of years now as I think his riding is extremely creative. He is definitely one of the top riders in the BMX community. He has also moved on to the mountain bike in the recent years doing a few really cool films which show of his different style coming from the BMX.

How did you guys come up with the idea of having two separate parts – MTB and street?

Kriss: I guess we just wanted to do something fun and a bit different. We both absolutely love riding all types of bikes so we might as well have as much fun as possible and film on the two different bikes. I absolutely loved it as it was the first proper trip I had been on since lockdown and twice the amount of fun. 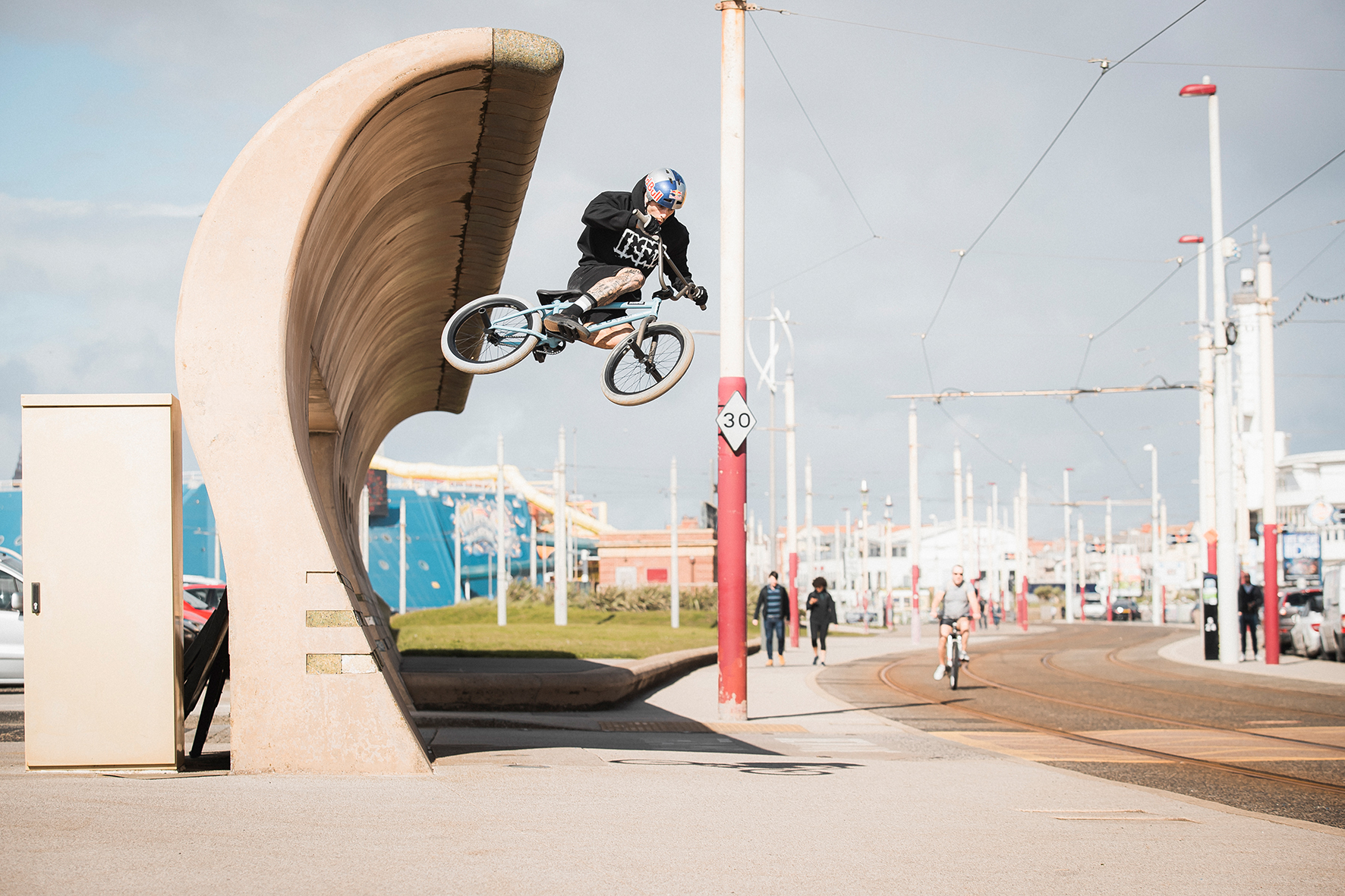 Danny: Endura recently launched their new helmet – the Pisspot, which is focused on sort of anything Trials, BMX and skatepark related.  We wanted to celebrate its launch with this new video. They have also been keeping us safe with their MT500 helmet which we used for mountain biking and of course their range of knee pads.

How is Kriss’s riding inspiring you?

Danny: His riding has really inspired me over the last years. He is always doing really creative moves. Especially the wallrides to flair and the spin variations he does on the BMX. It’s something I would love to try to replicate in some of my riding.

How is Danny’s riding inspiring you?

Kriss: Danny has been a massive inspiration to me for years. The way he looks at spots is insane. He’s a creative genius and inspires me to think more outside the box of what’s actually possible on a bike. I love working with Danny as he brings the best out of you.

What’s the craziest trick the other one does, you can’t get over and can’t imagine doing yourself?

Danny: On the BMX in Blackpool Kriss did a wallride to flair off this slightly slope bank using his bag with a metal sign on top of it as a ramp. That trick blows my mind and is definitely one of Kriss’s signature moves. On the mountain bike one of the hardest things that Kriss does is what you call a 90 degree pocket wallride to wallride to 180. Kriss had a real battle with this trick as the mountain bike really doesn’t like to roll backwards so his gears kept on skipping when he was landing. It was really impressive to watch him doing that.

Kriss: Haha there is so many, it’s hard to just name one. I just can’t get over how he can ride along absolutely anything you put in front of him. When he rode along the chain on the sea front, it absolutely blew my mind to bits, I could never imagine even trying that. 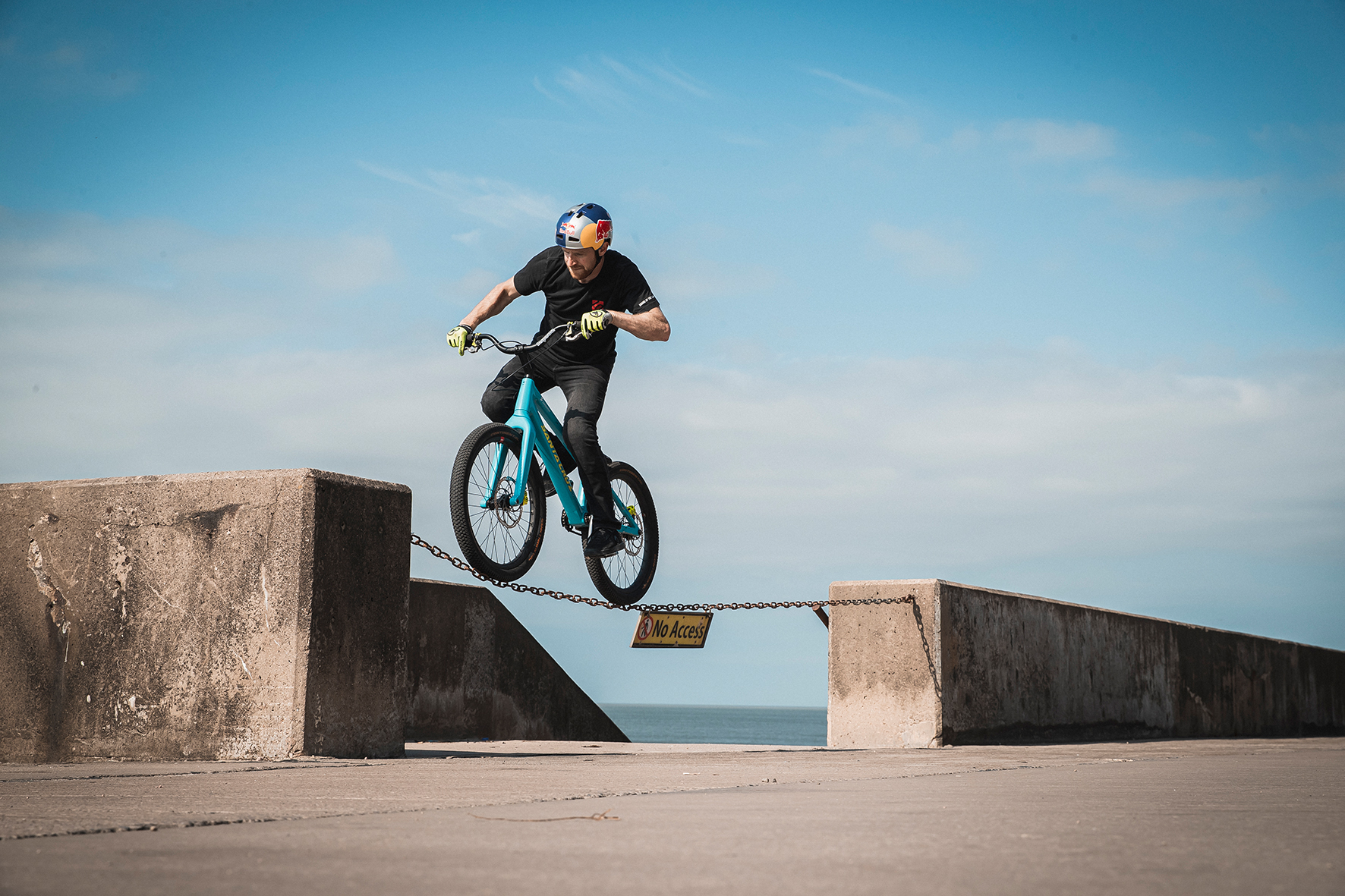 Are we gonna see more projects of the two of you in the future?

Danny: Yes, for sure, Kriss and I have always been good friends but I think in recent years we have become a lot tighter and I would love to do way more projects with Kriss in the future.

Kriss: I’d be hyped to keep this going for sure. I’ve always wanted to do something with him and we had such a blast filming this video. So there’s to many more to come. 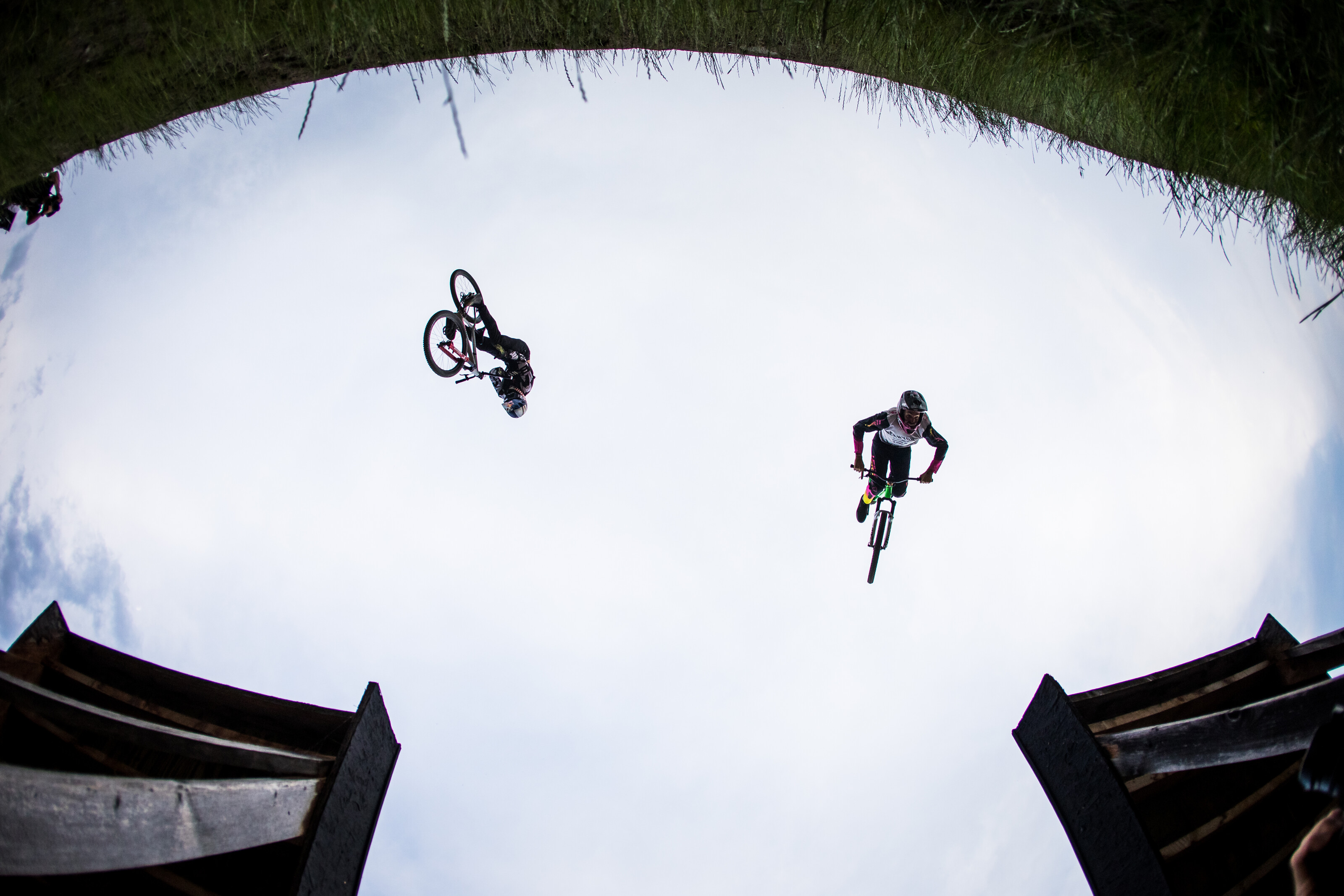 Journal
With Crankworx Innsbrucks 2021 in the books the RASOULUTION athletes demonstrated once again that they belong to the very elite of the sport.  On Saturday, Swedish top-nochter Emil Johansson
Mehr 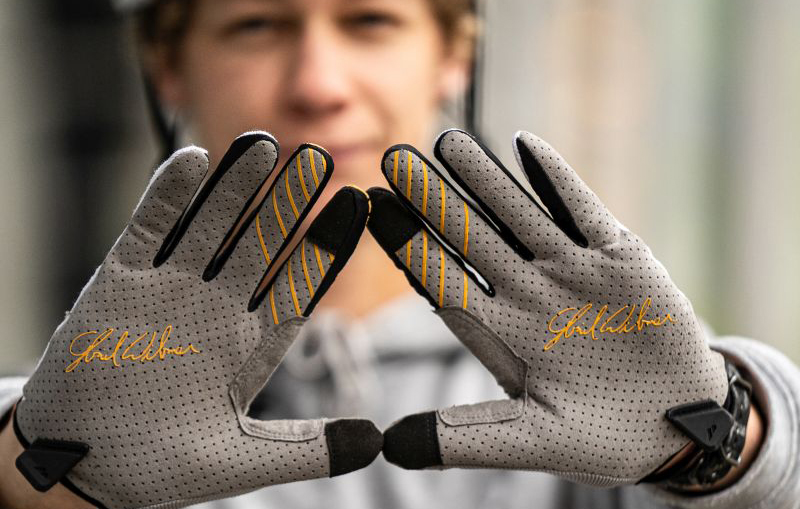 Journal
Gabriel Wibmer has been counting on bike gloves from ZANIER since 2018. In return, the young downhill and urban trials rider has been providing the Austrian glove specialist with
Mehr 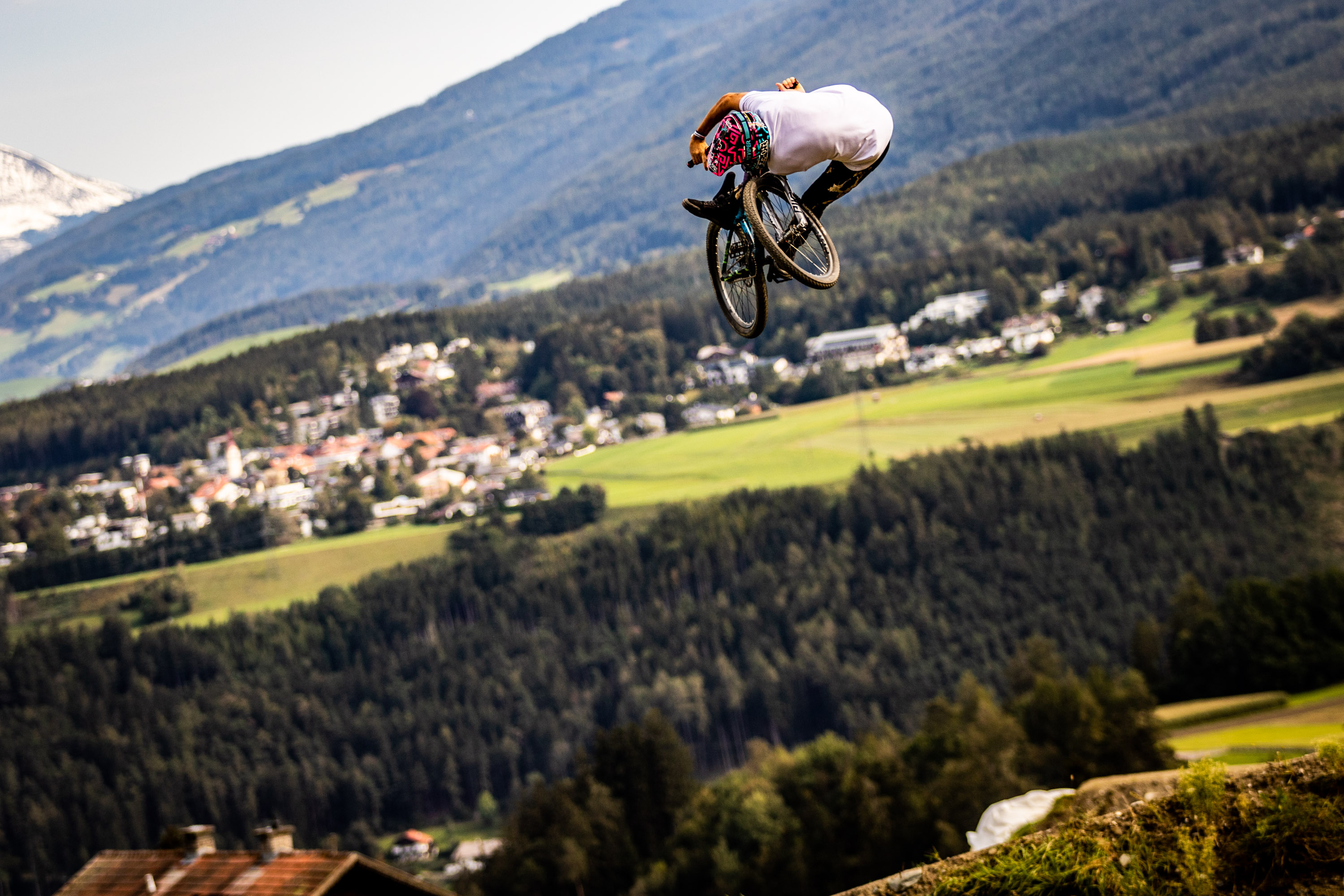 Journal
It’s finally time for contests again! After hosting the last Crankworx event of 2020, Innsbruck will welcome the world’s best riders in the world once again for their first
Mehr 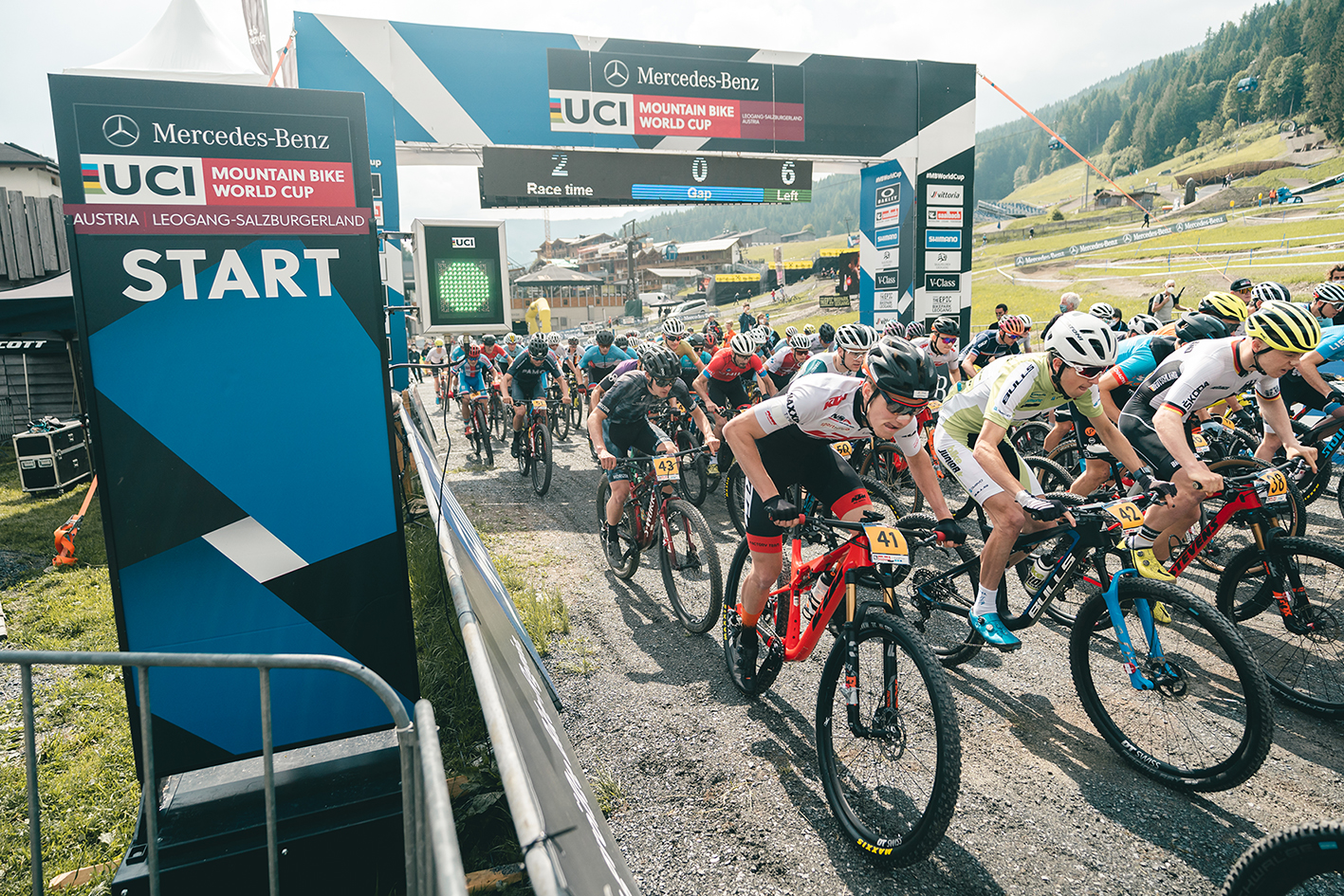 Journal
The first double World Cup in Saalfelden Leogang is in the books; a weekend of pure excitement, action, cheering fans and emotions. The organizers put on a great event
Mehr 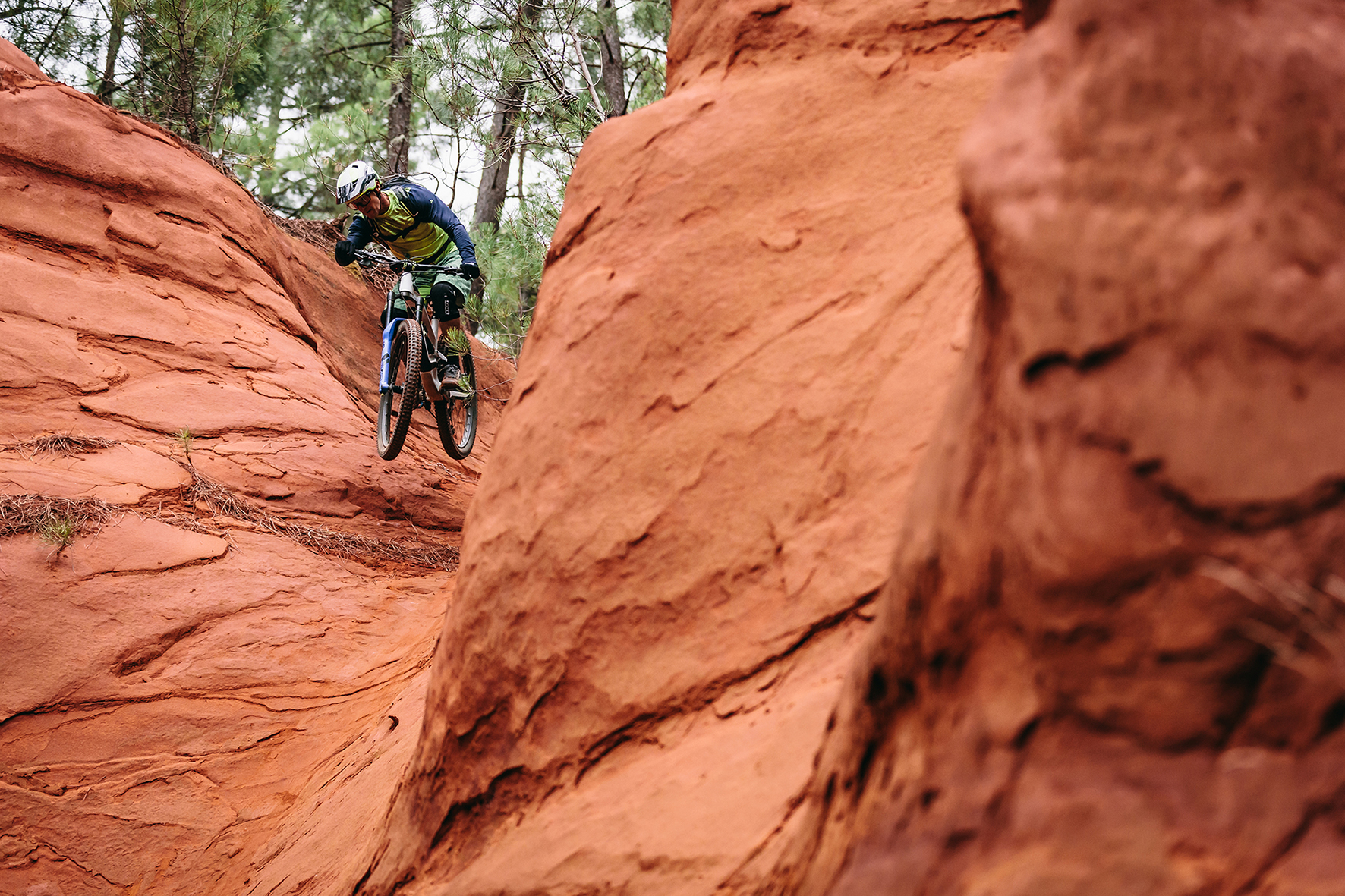 Journal
Hot on the heels of the release of the QUIN crash detection technology by ABUS, the expert for home and mobile security, comes the release of “Never Bike Alone”.
Mehr

Journal
After the incredible success of last year’s #bestbikebanger challenge, the family-friendly holiday region Serfaus-Fiss-Ladis, situated on the sunny plateau high above the Tyrolean Upper Inntal valley, is going to
Mehr 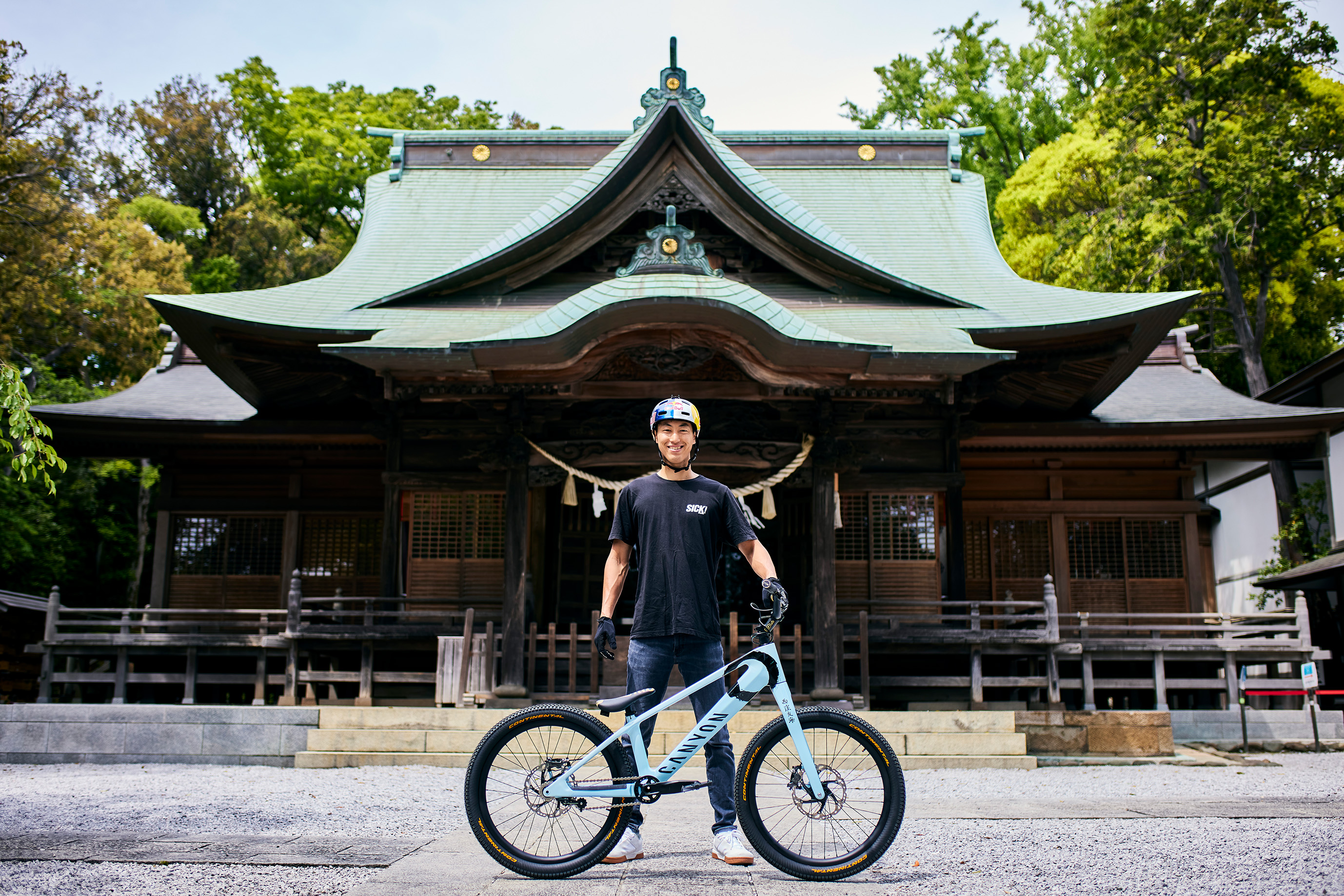 Journal
Still more than stoked to have joined the Canyon CLLCTV, Japanese trials ninja Tomomi Nishikubo can’t wait to show you what’s in the box. So sit back, join Tomomi
Mehr 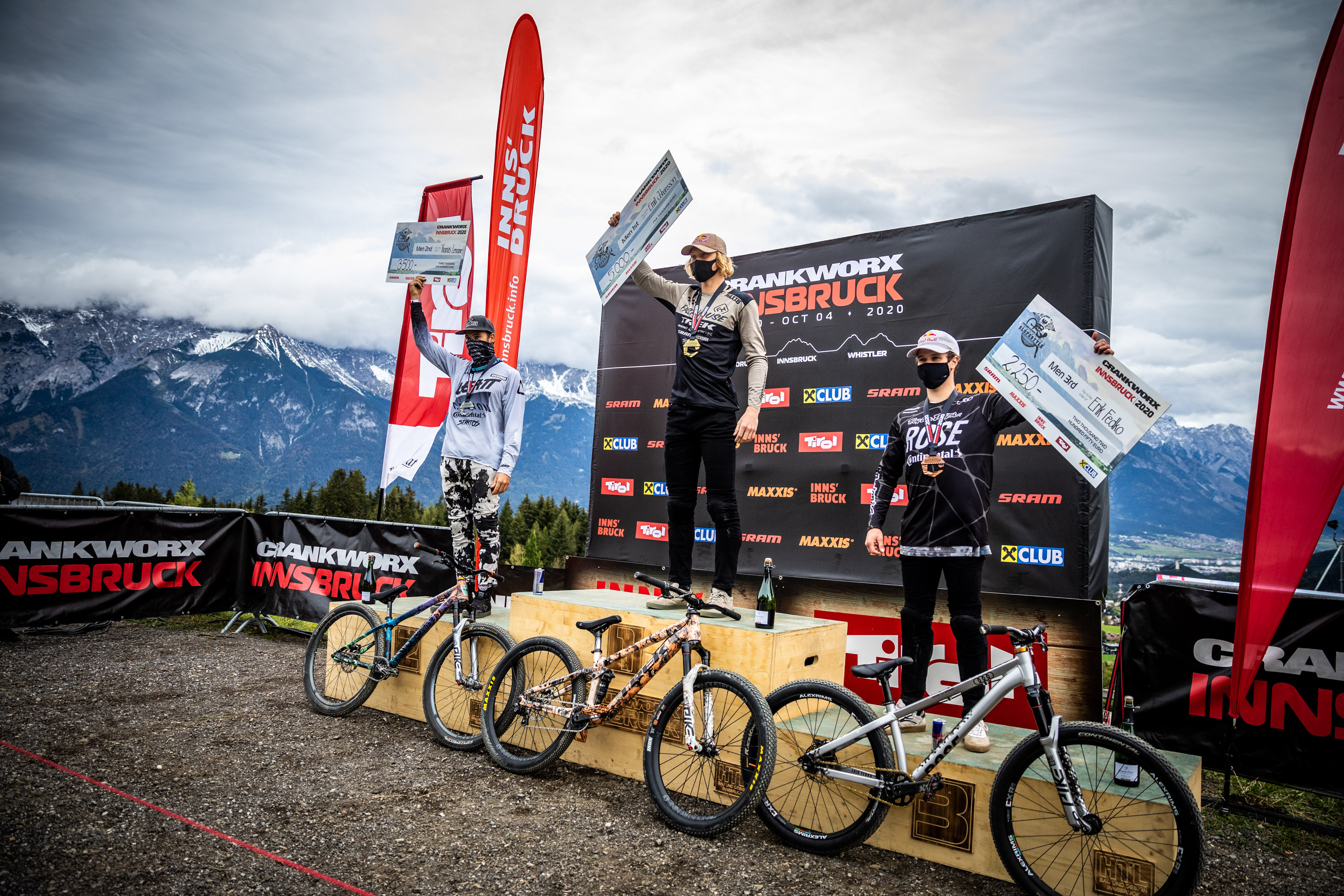 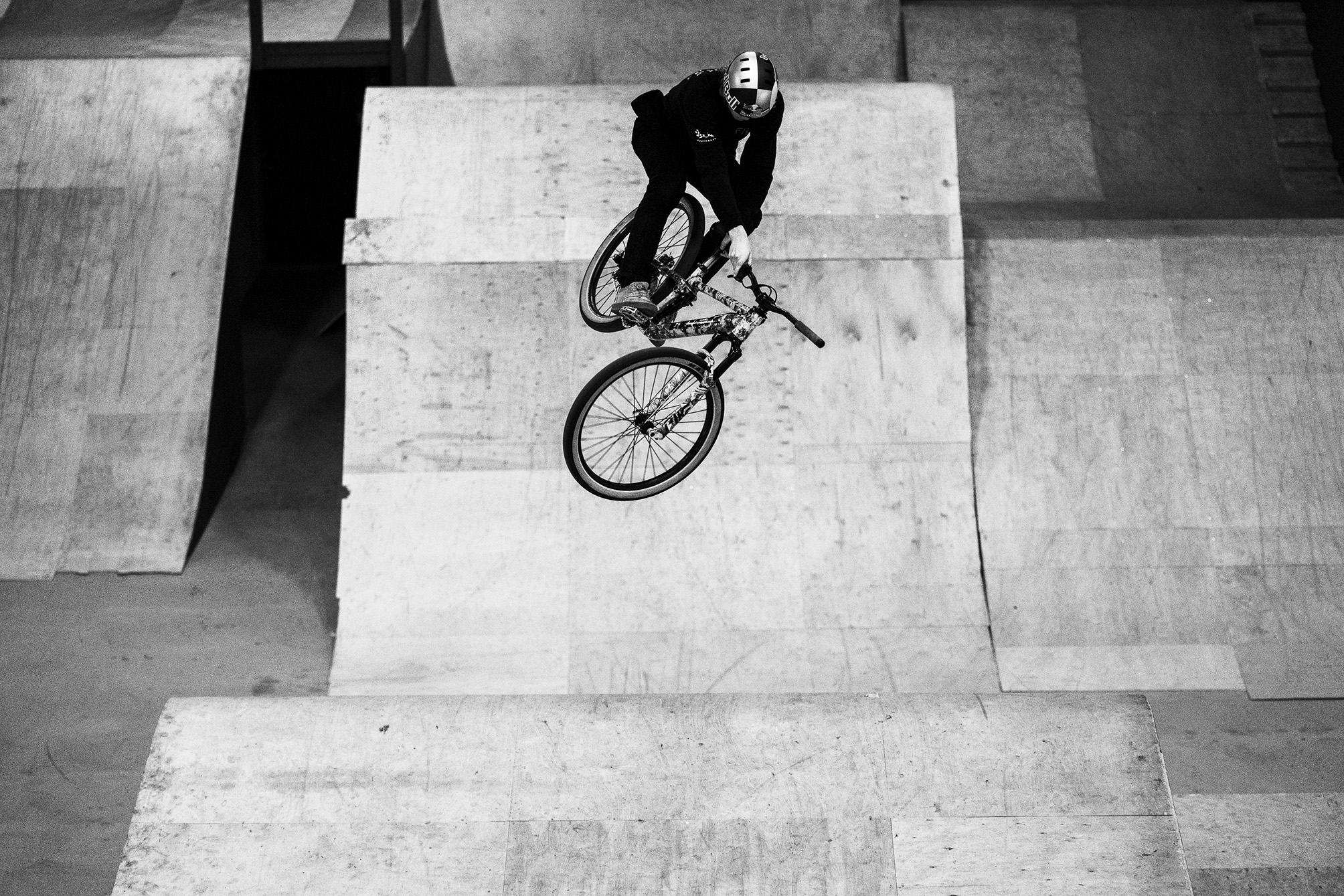 Journal
During winter, Heby Skatepark is a regular ride spot for Emil. He has been riding there since 2015 and already filmed there for “XXII.XI”. We’ve had a chat with Emil
Mehr 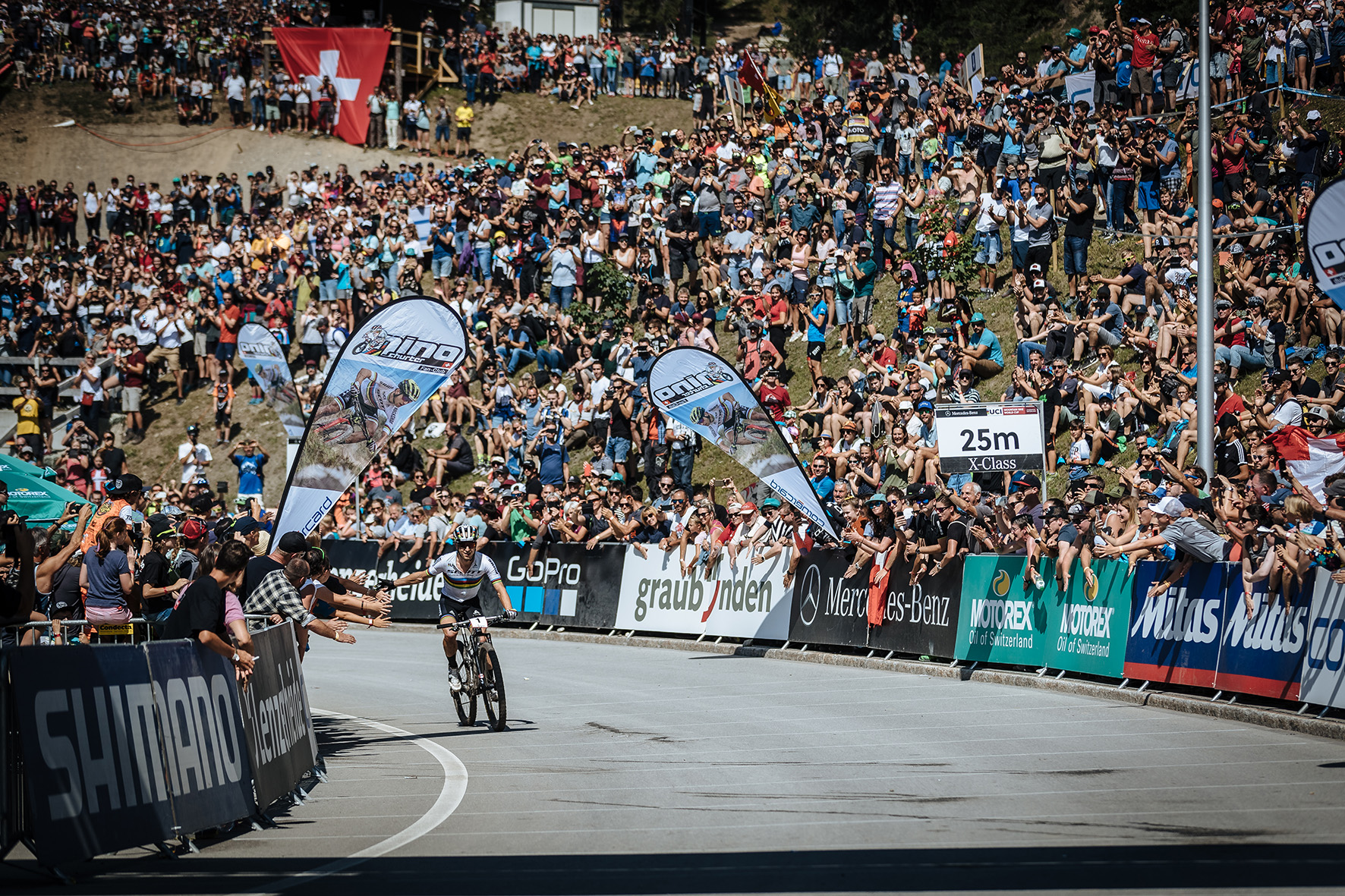