As the sun rose over the beautiful city of Marseille it lit up the jumps and ramps of the inaugural ‘CLLCTV Lemoine Invitational. An event conceptualized and brought to life by Tomas Lemoine and hosted in his hometown of Marseille, it was not planned purely as a contest, but as a cultural event, with a packed schedule of riding, music, and even tattoo artists. There was no better place to be than the All Road Skatepark in May. Now, you can relive the action as main event partner Canyon has released a 6-minute highlight video, available for your viewing pleasure below.

It was never going to be easy to defeat a local legend on home soil, but the contest was won by Tim Bringer (FRA) with Tomas Lemoine finishing 2nd, ahead of the always impressive Nicholi Rogatkin (USA).

The Muc-Off Best Trick took off late in the afternoon, with some amazing performances but it was again Bringer who took the win home with a flip whip to bar on the wooden box. The Best style was awarded to Lukas Schäfer (GER).

“I’m so happy about this week and how the event was, all the riders sent it! The riding level was serious, and I was impressed to see each one’s creativity, and style in the park. I was dreaming about having an international park contest in MTB and we made it, I hope we will be back for more because the vibe was insane all week.” – Tomas Lemoine

“We love that Lemoine’s approach to MTB pushes boundaries and defies convention. So, when Tomas came to us with an idea to host a park contest for MTB, we were stoked to support and witness his vision brought to life. It was awesome to see all the riders having a good time and so many fans enjoying the show all week. Bring on the next Lemoine Invitational!” Jack Noy, Brand Manager, Canyon MTB | Gravity.

© All photos by Boris Beyer

Crankworx Innsbruck is always one of the highlights of the year for RASOULUTION. A 2-hour drive from Munich gives the team the opportunity to attend the event in person and to support the athletes that we manage, to meet our network and watch spectacular mountain bike action of the highest level. This year was no different, with multiple podiums for our athletes over the weekend, including a record-breaking performance by Emil Johansson (SWE), who won his seventh Crankworx FMBA Slopestyle World Championship (SWC) contest in a row, a streak that goes back to 2019, when the Swede won his first ever SWC event in Whistler, Canada during Red Bull Joyride. Other podium spots included a Speed & Style win for French rider Tomas Lemoine as well as a second place for German Erik Fedko in Slopestyle.

In perfect conditions and in front of a full house of fans the world witnessed history in the making at the opening event of the 2022 Crankworx World Tour. Sweden’s Emil Johansson took his 7th win in a row with the highest score ever awarded of 98. Erik Fedko out of Germany, known for his amazing style and unique tricks got his own personal best score of 95.25 to finish second ahead of Tim Bringer.

“Honestly, I don’t even know how to put words into today, it’s what I put my heart and soul into. To see the hard work paying off, it’s more like a relief than a surprise, you know?” said Johansson when speaking to Crankworx after the event. “I used to cry a lot on the podiums, now I’ve just been in disbelief in the past year or so. I don’t even have any words to put into this. I am speechless, I guess.”

Emil was the undisputed pre-event favorite and man to beat, and after his first impeccable run, scoring a 98, a first for the sport, it was looked like the win was already secured. The battle for 2nd position was just as impressive as the winning run, with Erik Fedko scoring 95.25 points in a flawless 1st run with his signature 360 Indian Air Seat Grab as one of the highlights. After a solid first run, Tim Bringer was hungry for more than a 3rd place and he laid down an amazing second run, improving his previous score to 93.75, but falling just short of the silver medal marker set by Erik. Lemoine finished in the middle of the pack, taking home a 7th place with a stylish run that included a manual to barspin off the start drop, a trick that had the crowd screaming with excitement.

Max Fredriksson unfortunately had to give up his spot in the finals after suffering a heavy crash during practice.

The day before Slopestyle finals is traditionally reserved for Speed & Style, a discipline in which Tomas Lemoine has established his dominance over the years. Working his way through the round of 32, 16 and 8 in traditional Lil’ Moine fashion, with blazing speed and a solid bag of tricks, the French rider turned on the afterburners during the finals against Teodor Kovac (CZE) and winning his 5th Speed & Style contest, as well as his third in a row.

“Crankworx Innsbruck was an amazing start to the season, so happy to win a third time in a row during Speed & Style. The level just gets better every year. I’m pretty happy with a solid 7th place on Slopestyle with some mistakes in my run still; happy to bring some new moves to it also, the level was insane, the boys are on it! it’s going to be a good season I’m super excited and motivated for what’s to come!” Tomas Lemoine

Check out some impressions from the Crankworx Innsbruck contests courtesy of Clint Trahan, CWX staff photographer. 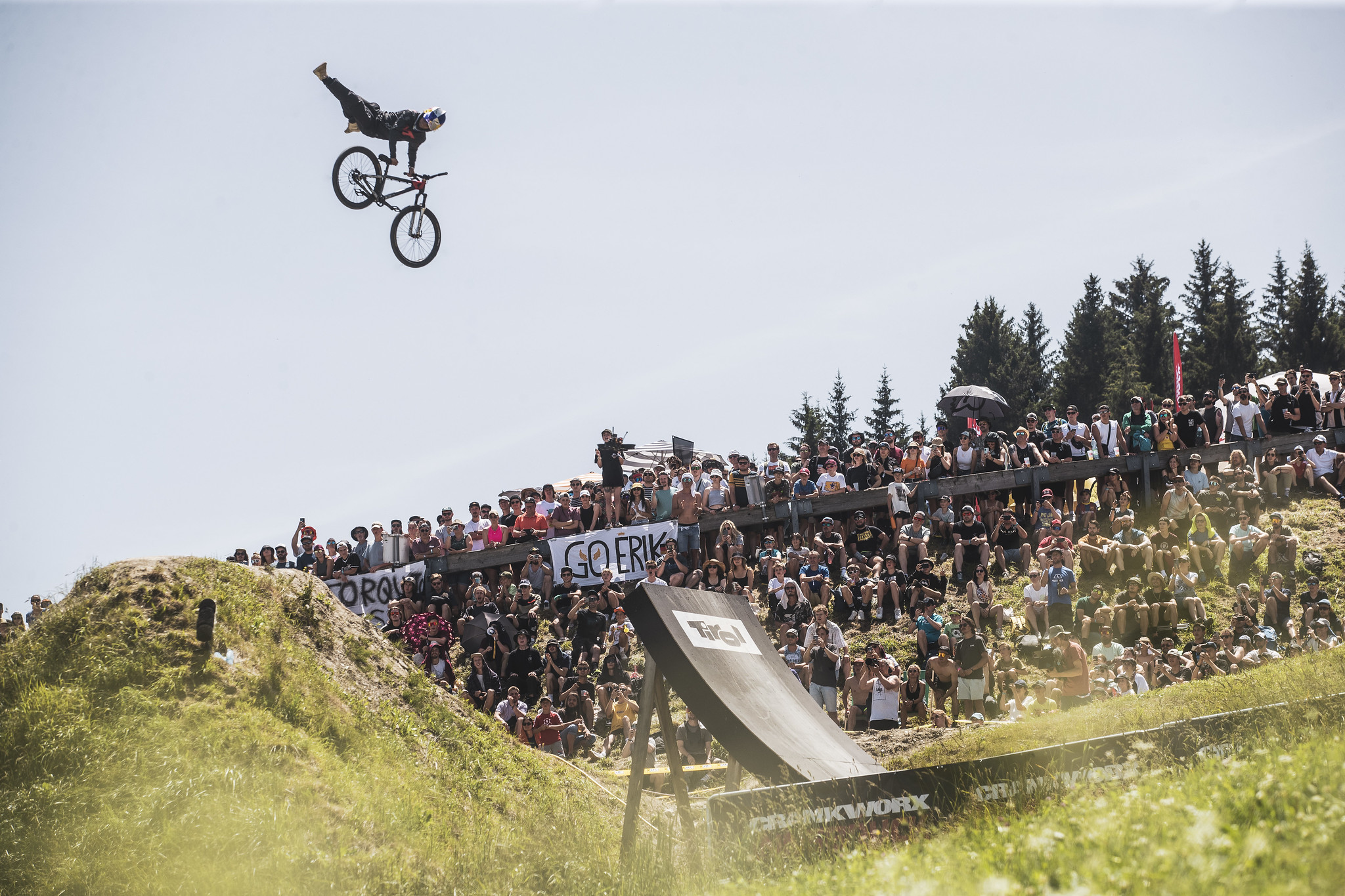 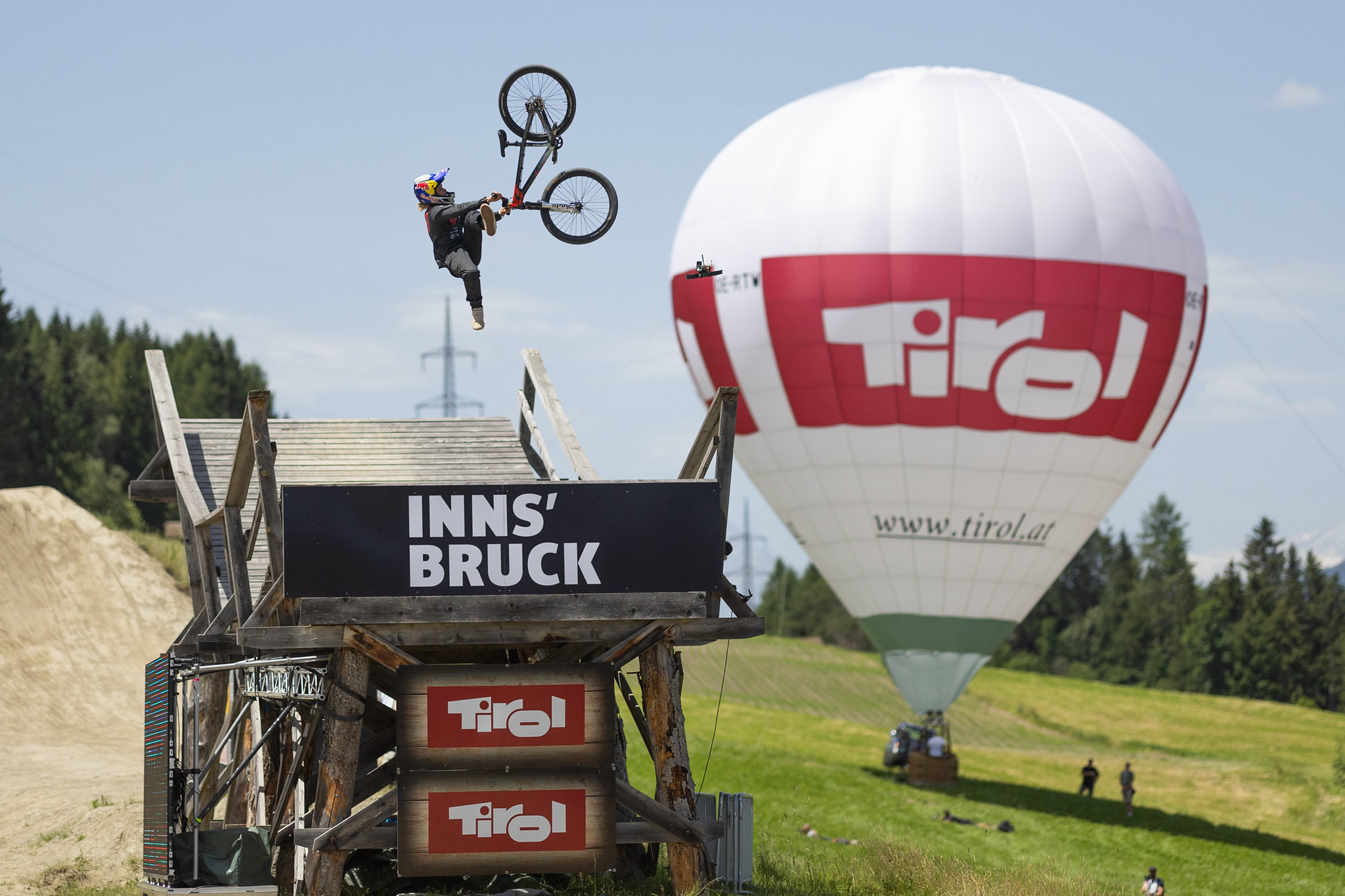 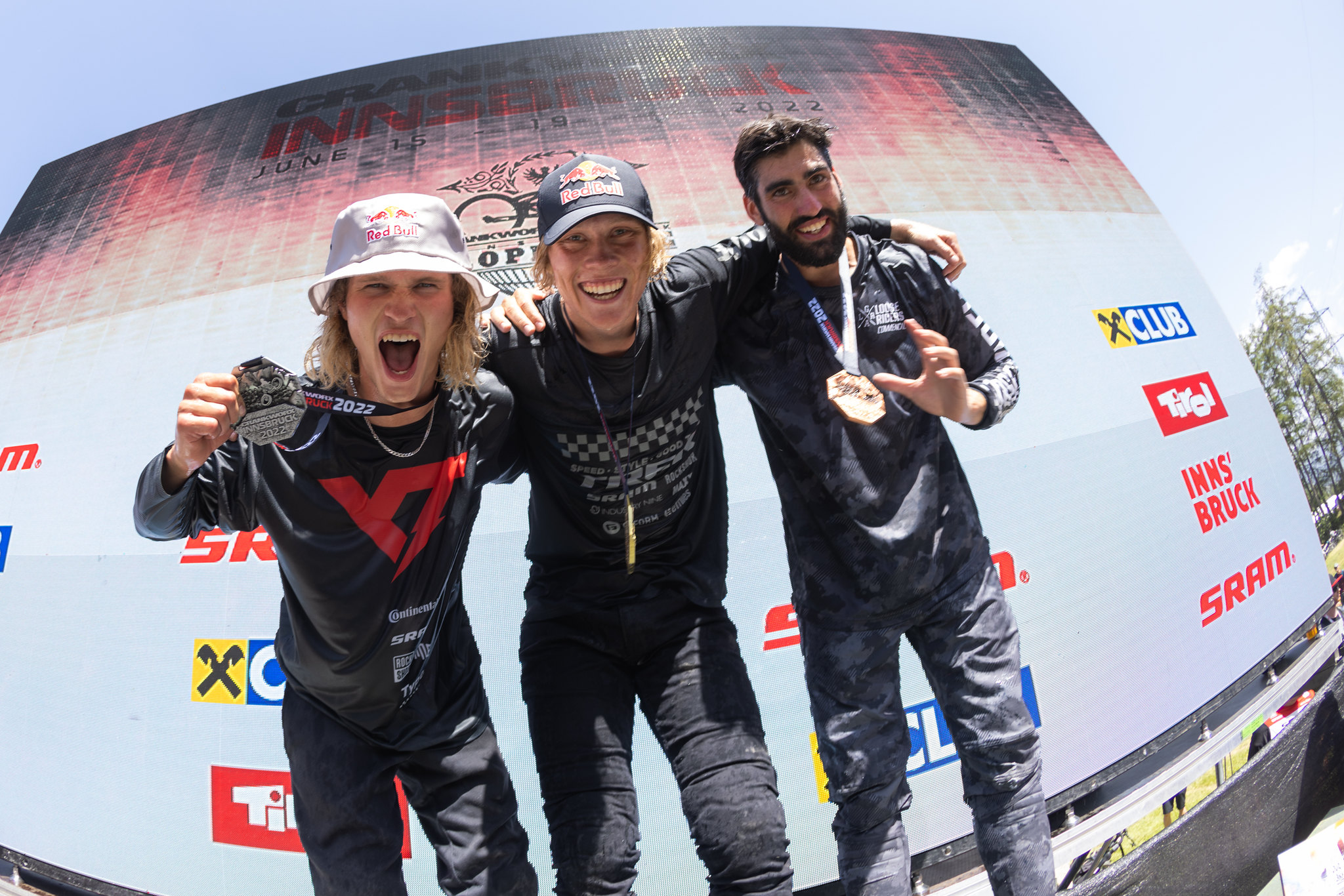 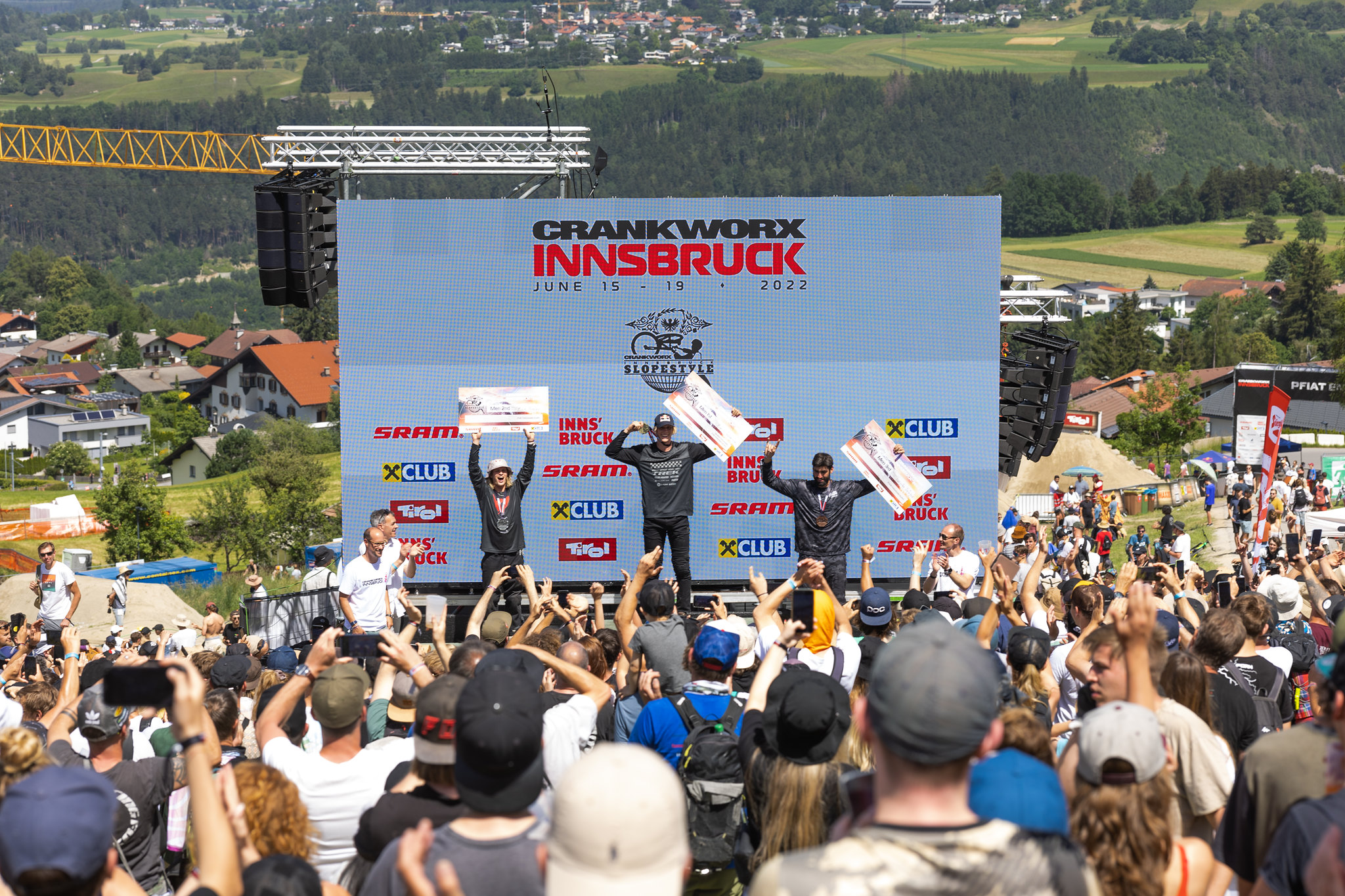 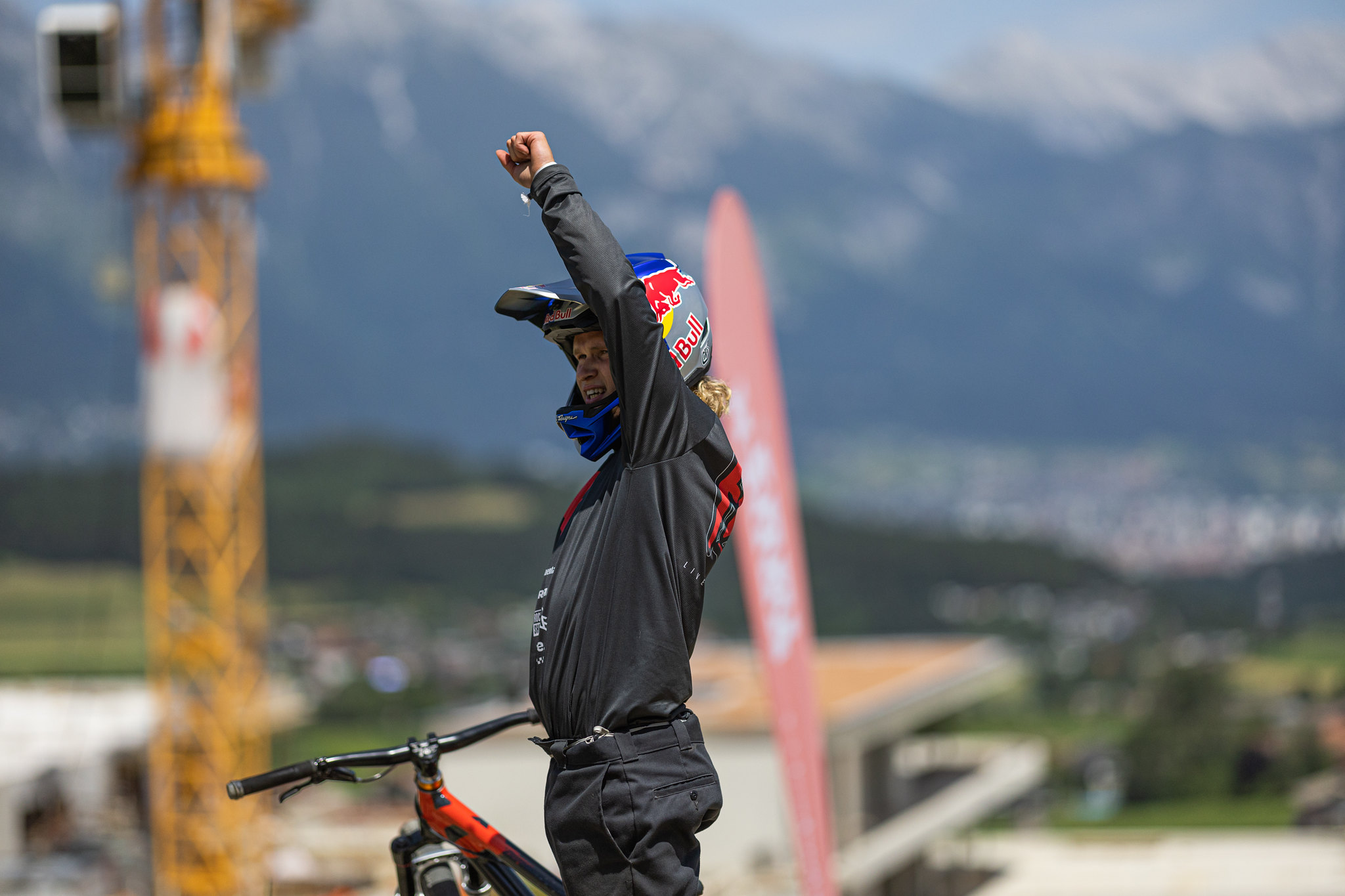 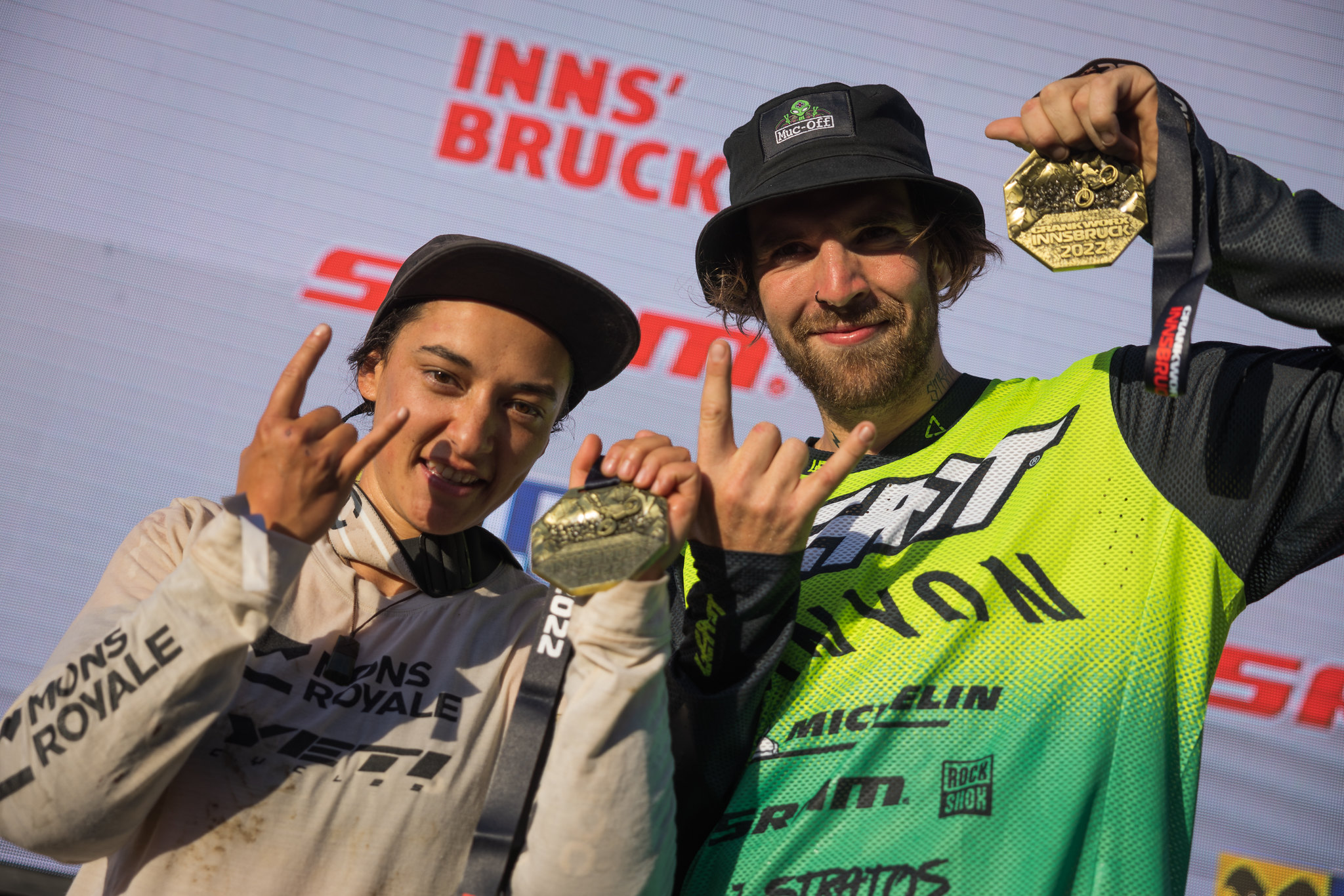 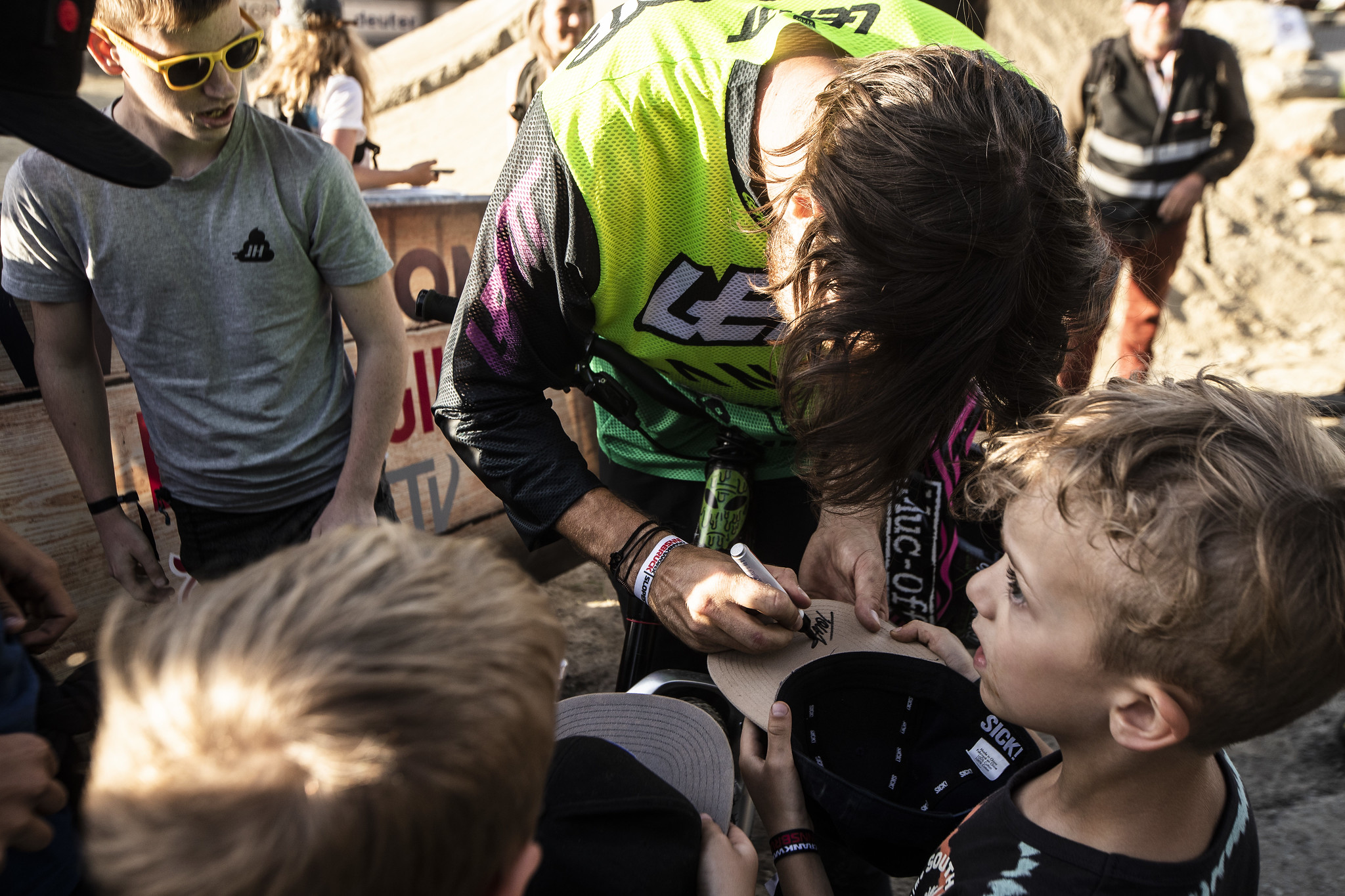 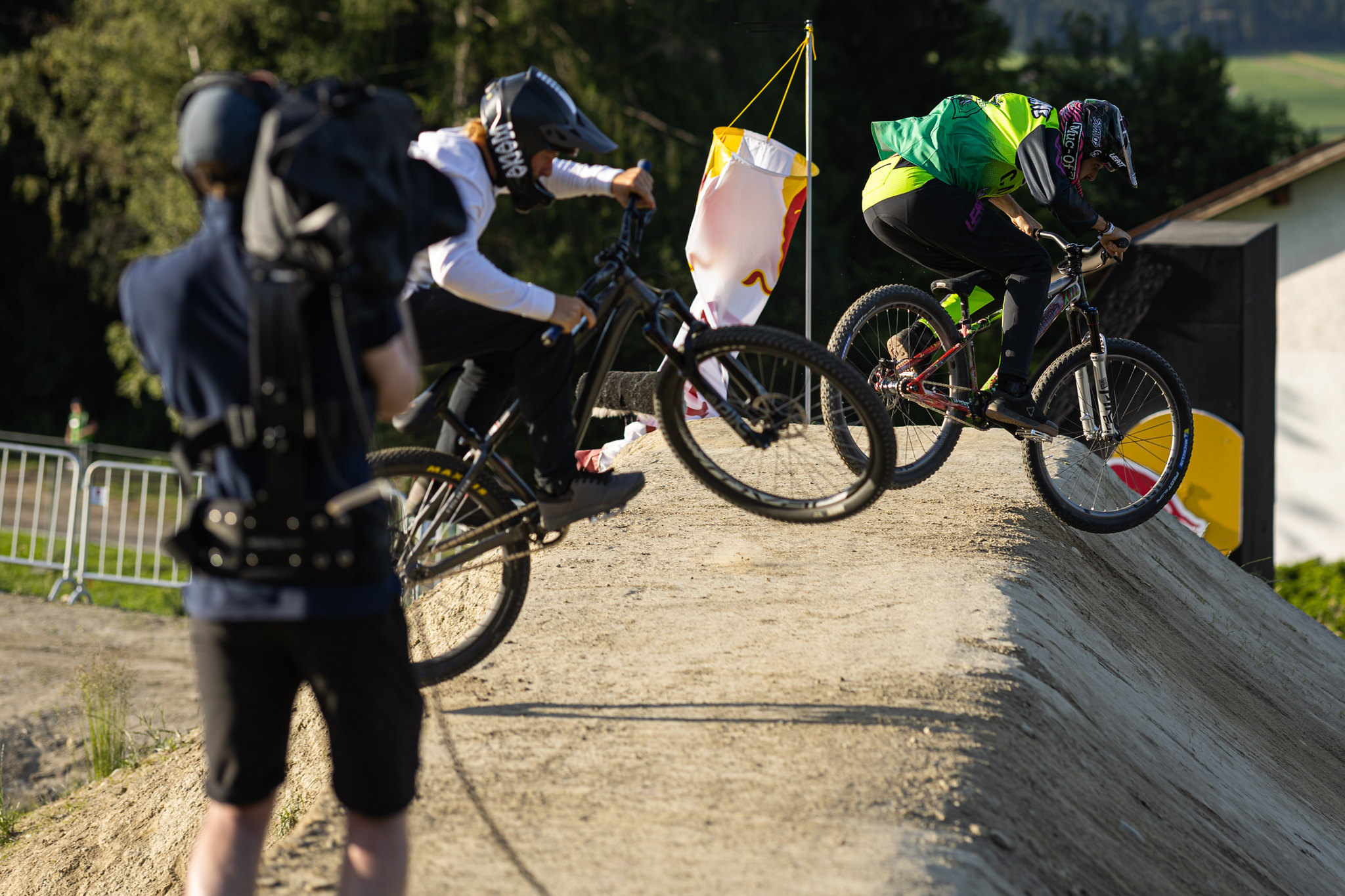 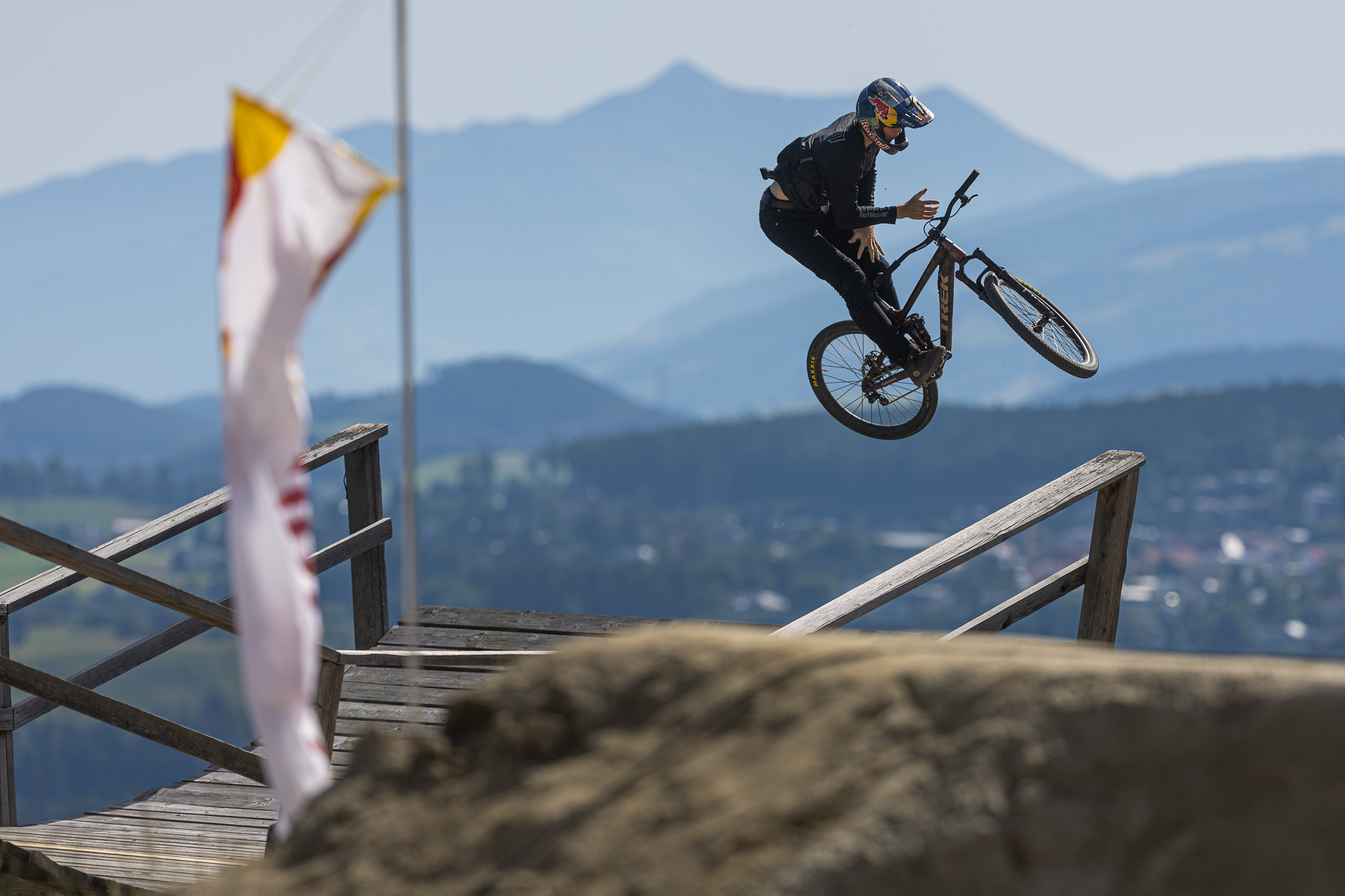 Young Swedish rider Alma Wiggberg will be the second female athlete to join the RASOULUTION roster, following the signing of Olympic medalist Nikita Ducarroz. She will be supported in all aspects of athlete management, press relations and communications strategies. The Swedish young gun shows us that the younger MTB generation is fierce and ready to make their mark, following in the footsteps of riders like Emil Johansson, Max Fredriksson and Martin Soderstrom.

Alma burst onto the scene in 2020 and was spotted immediately for her potential by Red Bull and was named one to watch. Quickly making a name for herself since then, she’s proven that she can handle the biggest jumps and races against the clock, already having two Swedish National Championships wins to her name, one in Pumptrack and one in Enduro. In 2021, she was an integral part of the amazing women’s event at Audi Nines and just a few weeks back, she finished second at the Zurich Dirt Contest.

RASOULUTION will be supporting Alma when it comes to her brand partnerships, and has recently joined the global Specialized team, which is one of the first agreements put in place by us. This adds to her existing partnerships with Sixpack, Crankbrothers and SICK.

Alma has already featured in a number of movies, including Connection 2, a full-length MTB film starring some of the best Swedish riders and riding locations, as well as Esperanto, a film about exploring how we, as riders, share our dreams through a universal two-wheeled language no matter what our native tongue may be.

It’s safe to say that 19-year-old Alma Wiggberg is well on her way to join the top ranks of the sport in 2022.

“I am more than pleased to have Alma as the first female mountain bike freerider in our roster of world class athletes. Alma has been a strong part of the European progression of women’s freeriding. With her skills and dedication for two wheels she is already motivating others to join her not only on the ground, but often in the air!
We are very happy to be supporting her young career.” – Tarek Rasouli 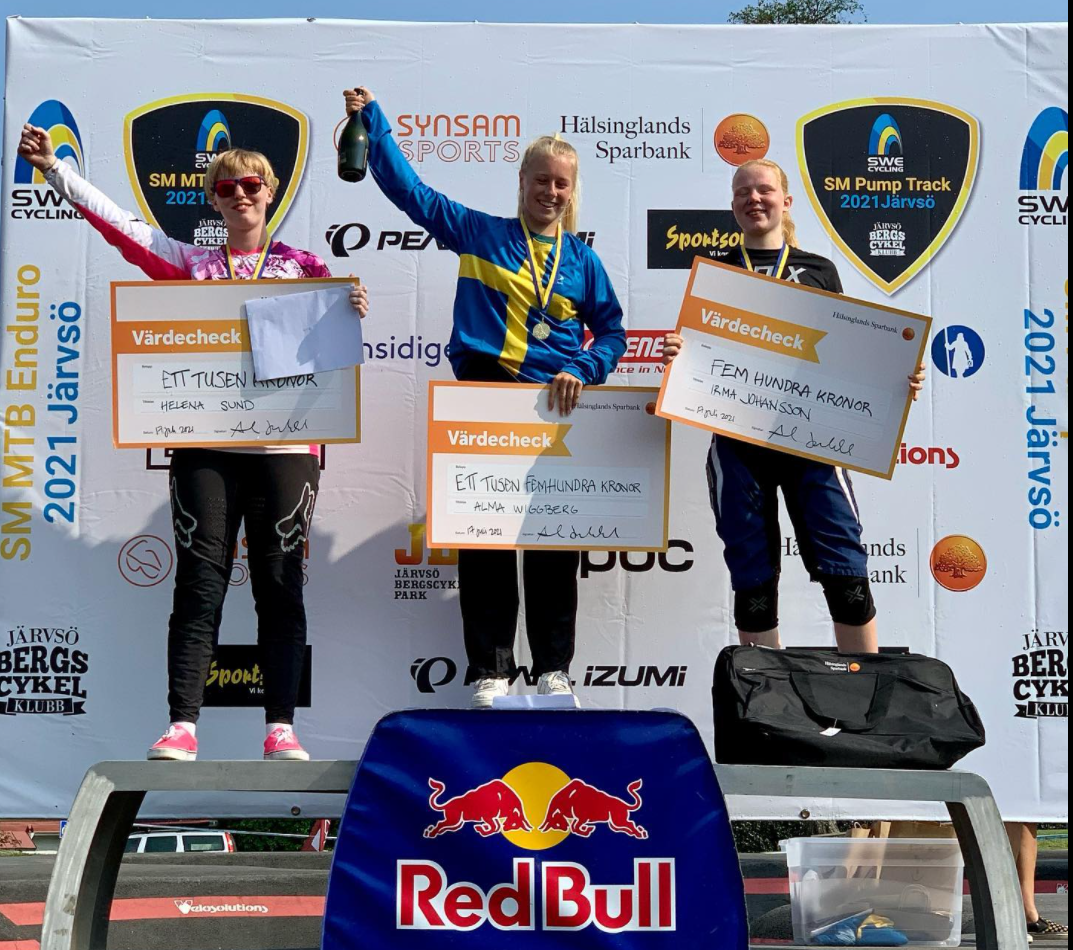 The moment British brand Skarper reached out to us and told us about their idea and their mission, we were hooked. At Rasoulution, we’ve always done everything for the love of two wheels and to get the opportunity to accompany a brand that could revolutionise the industry is what drives us on our day-to-day.

So what is Skarper’s mission exactly? Their answer: “To create high-performance and flexible eBikes for everyone.”

In their pursuit of this mission, the team behind Skarper have developed a clip-on drive system that can transform practically any bike into an e-powered bicycle, all thanks to an innovative system they call “DiskDrive” which transfers the battery power to your wheel through the disk brake, rather than a complex system that would require cyclists to retrofit the majority of their bike. To read more about the tech, head over to their website.

Our first order of business was assisting the British start-up with their approach to communication and media releases ahead of the product launch. We identified the most important talking points, our PR Team got on the phone with journalists around the world and crafted an exciting press release that covered all bases, which has resulted in numerous publications around the world, from dedicated bike media and websites that told the story from a cycling perspective to IT outlets that did a deep dive into the technology behind the Skarper DiskDrive.

Alongside our media work, we’re in the middle of assisting Skarper with their trade show presence, which includes creating mockups of the Skarper booth, trade show logistics, event planning but also showing the brand how they should portray themselves on the world’s biggest bicycle trade show, the Eurobike, which takes place in Frankfurt, Germany mid-July.

We’re extremely excited about what the future holds for our collaboration, so keep an eye on our Journal to find out. 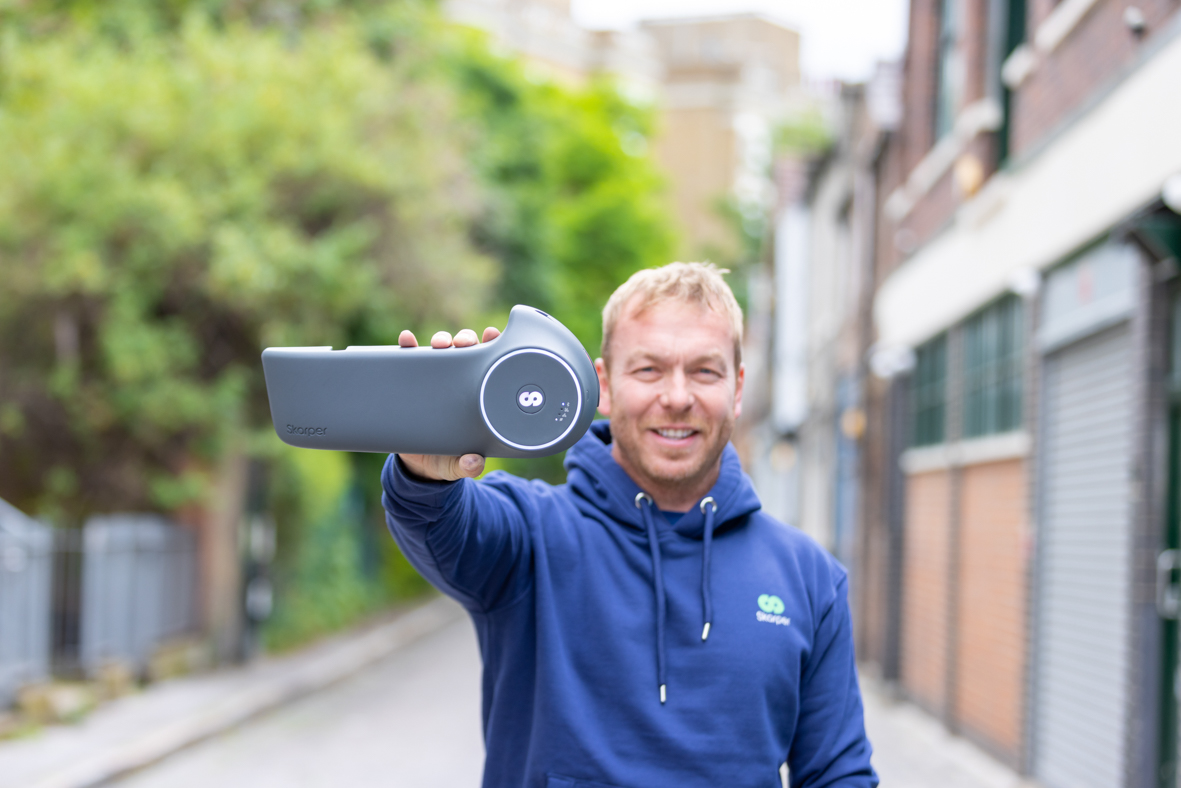 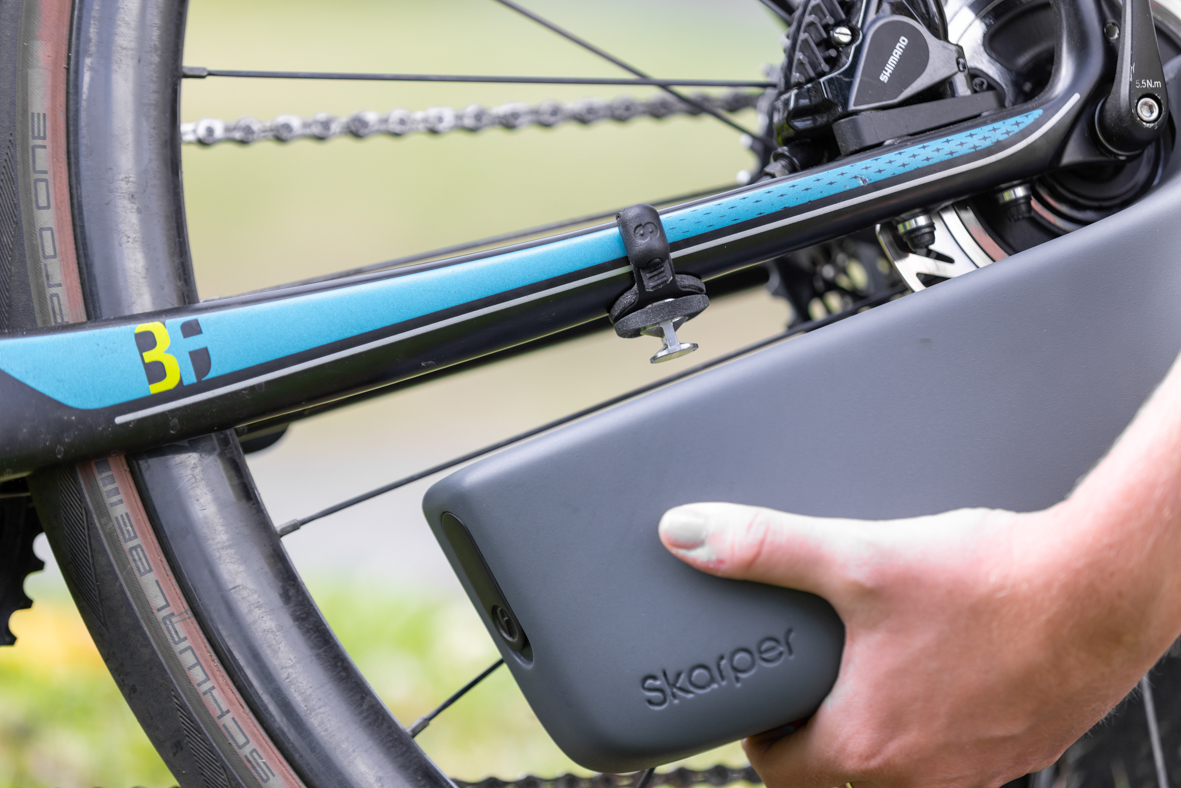 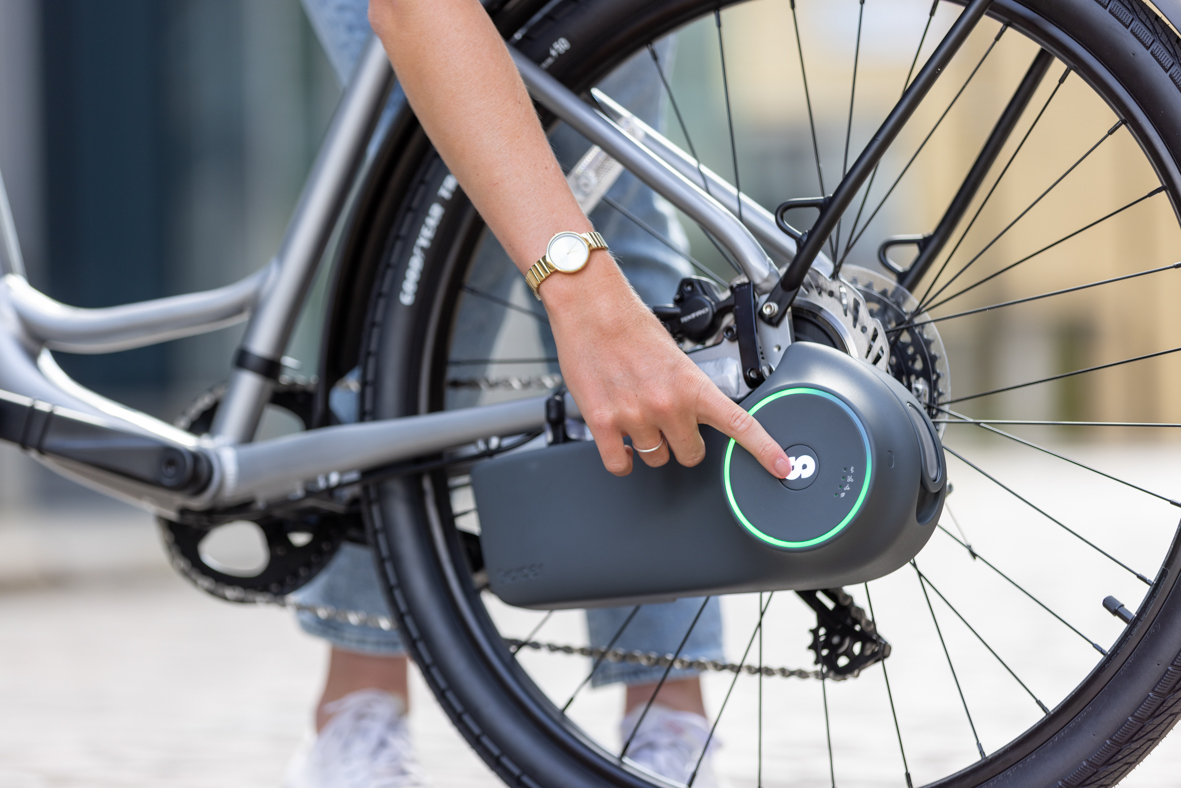