Limited visibility, moisture in the air and with the Cross-Country course as challenging as it has been all week, the stage was set for an epic day of World Championship XCO racing in Leogang, Austria, with three races throughout the day; the U23 Women, the Women Elite and Men Elite.

In the U23 Women’s race, Loana Lecomte (FRA) sped away to take the lead from the first few pedal strokes, which she never relinquished throughout the race. Surgical on both the climbs and the descents, the young French rider will be excited to add another gold medal to her collection, after winning the Team Relay race as part of Team France earlier this week. Finishing in 1:13:34, over a minute faster than second place, Lecomte will be a rider to watch for years to come.

Kata Blanka Vas (HUN), in her first World Championships as a U23 rider, Ceylin del Carmen Alvarado (NLD) and Haley Batten (USA) were locked in fighting for a Top 3 finish.

Vas wasn’t able to get close to Lecomte at any point during the race but was able to put distance between her and Batten in the first two laps, securing her silver medal finish in the first half of the race, riding across the finish line in 1:14:45.

Alvarado found her pace heading into the second lap, with the Dutch rider overtaking Batten for third place shortly before the big uphill section and cranking away, building her lead over the American at every split from then on, finishing in an impressive 1:16:16, 56 seconds faster than her American rival, taking a bronze medal back to the Netherlands.

Following the early morning U23 action, 60 of the world’s best Women Elite riders lined up to put their bid in for the rainbow jersey. With defending champion Pauline Ferrand-Prévot (FRA), Jolanda Neff (SUI), Kate Courtney (USA), Anne Terpstra (NLD) and Rebecca McConnell (AUS) all lined up at the start, mountain bike fans from around the world witnessed a race of the highest caliber.

Early in the race, Prévot pulled away from the competition quickly, holding an advantage of a minute going into the second lap. From there, the French multi-talent put in an untouchable performance in a race that will be talked about for a long time to come. Crossing the finish line with a time of 1:27:33, over three minutes ahead of second place, Prévot won her third Elite World Championship title (’15, ’19, ’20) and her second one in a row.

Rebecca McConnell battled it out with Yana Belomoina (UKR) during the first few laps and the two would hold off their chasers – Eva Lechner (ITA) and Sina Frei (SUI) – for quite a while, but the Australian would prove to be unable to capitalize on her strong start, while Belomoina would suffer a mechanical that took her out of podium contention.

With Prévot comfortably leading and McConnell in a silver medal position for the majority of the race, the battle between Frei and Lechner would be the one to watch.

Frei would prove unable to keep up with Lechner’s pace, who would even get within striking distance of McConnell late in the race. The podium order would be decided by the second photo finish of the day. McConnell came out of the final 180 turn first but was unable to counter the sprint attack unleashed by Lechner in the final few meters, with the Italian catching McConnell by half a wheel, taking the silver medal back home to Italy.

Medal hopes Kate Courtney and Anne Terpstra were both forced to quit the race in the third lap with the brutal conditions and technical issues.

Pauline Ferrand-Prévot: “It was an amazing race. I wanted to have a good start. I knew it would be hectic on the uphill and the downhill if I was with the group. I wanted to go solo, but I didn’t expect to have such a gap, so I tried to manage it and give my best. It was good to have a reasonable gap, in case of a mechanical or a crash. I’m super happy to defend my title and to ride in the rainbow jersey for another year, because I really like the jersey.”

Eva Lechner: “I cannot explain my feelings at the moment. I was struggling a lot over the last few years with even finishing within the Top 10. Finishing in second place today is simply amazing.”

Isla Short (GBR, 5th place): “I am in shock, it’s not sunk in, physically I knew I could do a good race but when I was riding in 5th, I was just somewhere else. I tried to get a really good start because I knew the descents were very techy. I just paced the climbs really sensitive and I knew I was strong on the climbs and people started slowly dying half way through the race and I just kept the pace consistent and was sensible on the descents.”

With four gold medals already in the pockets of Team France, the French were also the ones to watch in the Men Elite race. With Jordan Sarrou, Victor Koretzky, Maxime Marotte and Titouan Carod all on the start line, odds for another French medal were extremely high. Milan Vader (NED), Henrique Avancini (BRA), Mathias Flueckiger (SUI) and Nino Schurter (SUI) would give it their all to prevent France from getting another medal.

Sarrou, who was hot on the heels of Vader coming out of the first climb, unleashed a vicious attack early in the race and passed the Dutch young gun on an outside corner at the hairpin climbs. It was exactly this move that would reward him with the gold medal, his first Elite medal and his first Elite World Championship title. Thanks to Sarrou, France would have a perfect day on Cross-Country Saturday, with three gold medals in three races. Just like Prévot, Sarrou would establish his position as the leader early and not letting up the pace for the entire 1:25:37.

Avancini had to work his way from the back after making a mistake right at the start. The Brazilian would showcase his climbing skills over the next two laps, climbing back into the Top 3, fighting it out with Flueckiger, but a costly mistake in the 5th lap would put him out of podium contention, which put the Swiss rider in silver medal position.

Flueckiger would prove unrivaled on the descents, even on a hardtail. Lap by lap, the Swiss rider widened the gap to the chasers, but a late rise by Carod in the 6th lap almost cost the Swiss rider his silver medal. With a strong performance in the final climb, Flueckiger would manage to hold of Carod to take home silver with a time of 1:26:22, 10 seconds faster than his French opponent.

Carod’s multi-lap attack, which would see him catch Avancini, Luca Braidot (ITA) and Maxime Marotte (FRA), would pay off with a bronze medal, as he finished the race in 1:26:32.

Defending Champion Nino Schurter, who holds a record of eight World Championship titles, would struggle from the start, unable to find his pace and even though he would mount a late attack, he was only just able to sneak into the Top 10.

Jordan Sarrou: “The plan was to start fast and to be really smooth. I was really focused on my race and I can’t believe it, I have no words. I’m World Champion. I really don’t know what to say right now, it’s incredible. I want to thank my team, my coach, my Family, the federation for everything they do and for believing in me.”

What’s in Store for Tomorrow

At the culmination of an action-packed week, there are 12 more medals and four more rainbow jerseys up for grabs, with four groups of riders ready to go; Men Junior, Women Junior, Men Elite and Women Elite. The qualification round on Friday showed us just how challenging the new part of the Speedster is and close racing is all but guaranteed on the final day of the 2020 UCI Mountain Bike World Championships presented by Mercedes Benz. With strong performances by Loris Vergier (1st), Loic Bruni (2nd) and defending champion Myriam Nicole (3rd) during the qualifications, can the French continue their week-long dominance? Or will Finn Iles (CAN), Jack Moir (AUS), Vali Höll (AUT) and Tracey Hannah (AUS) put a stop to a French party?

The Elite races will be LIVE on Red Bull TV* with the Women Elite up first at 12:30pm CEST, followed by the Men Elite at 2:30pm CEST.

Results, times and more information can be found here: https://www.bikewm2020.com/en/Races-Qualifiers-Trainings

Journal
The Red Bull Rookie of the Year Award is all about aiming to reveal the next rising star of the Slopestyle world. With just a few regular competitions being held in 2020, two new
Read More 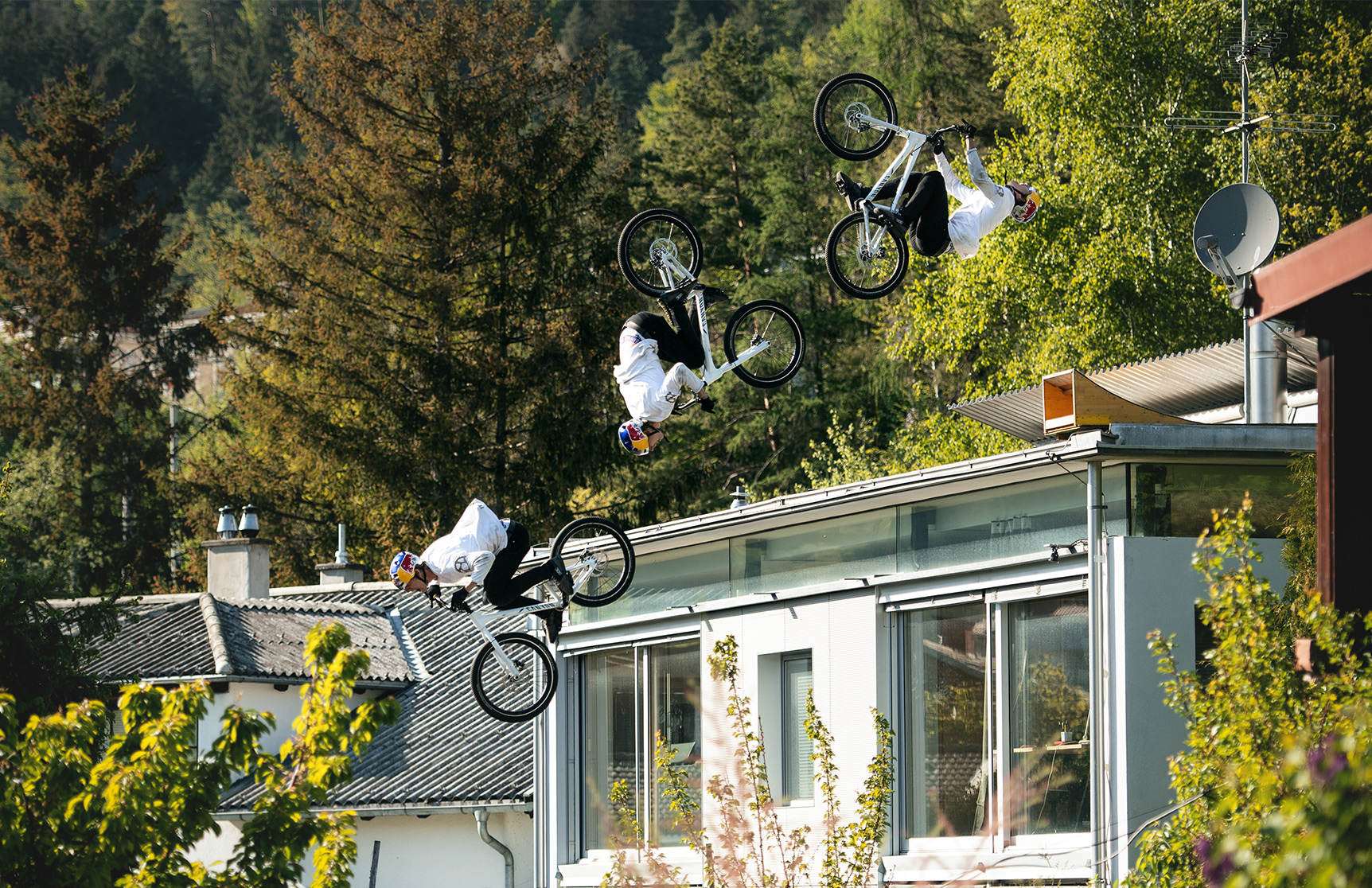 Journal
Ever since the release of “Home Office”, the name Fabio Wibmer is usually said in the same breath as the word ‘creative’. The young Austrian is known for his
Read More 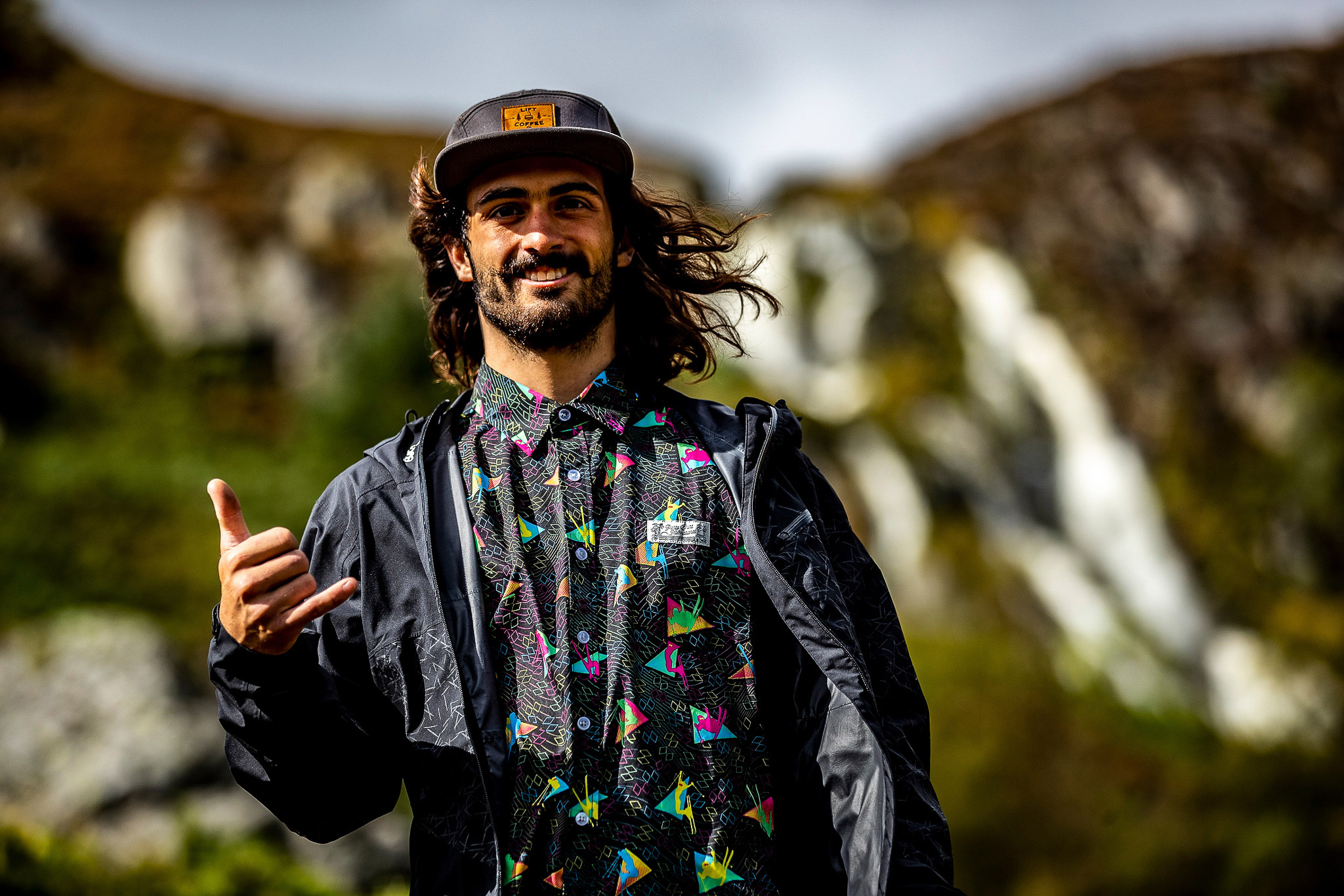 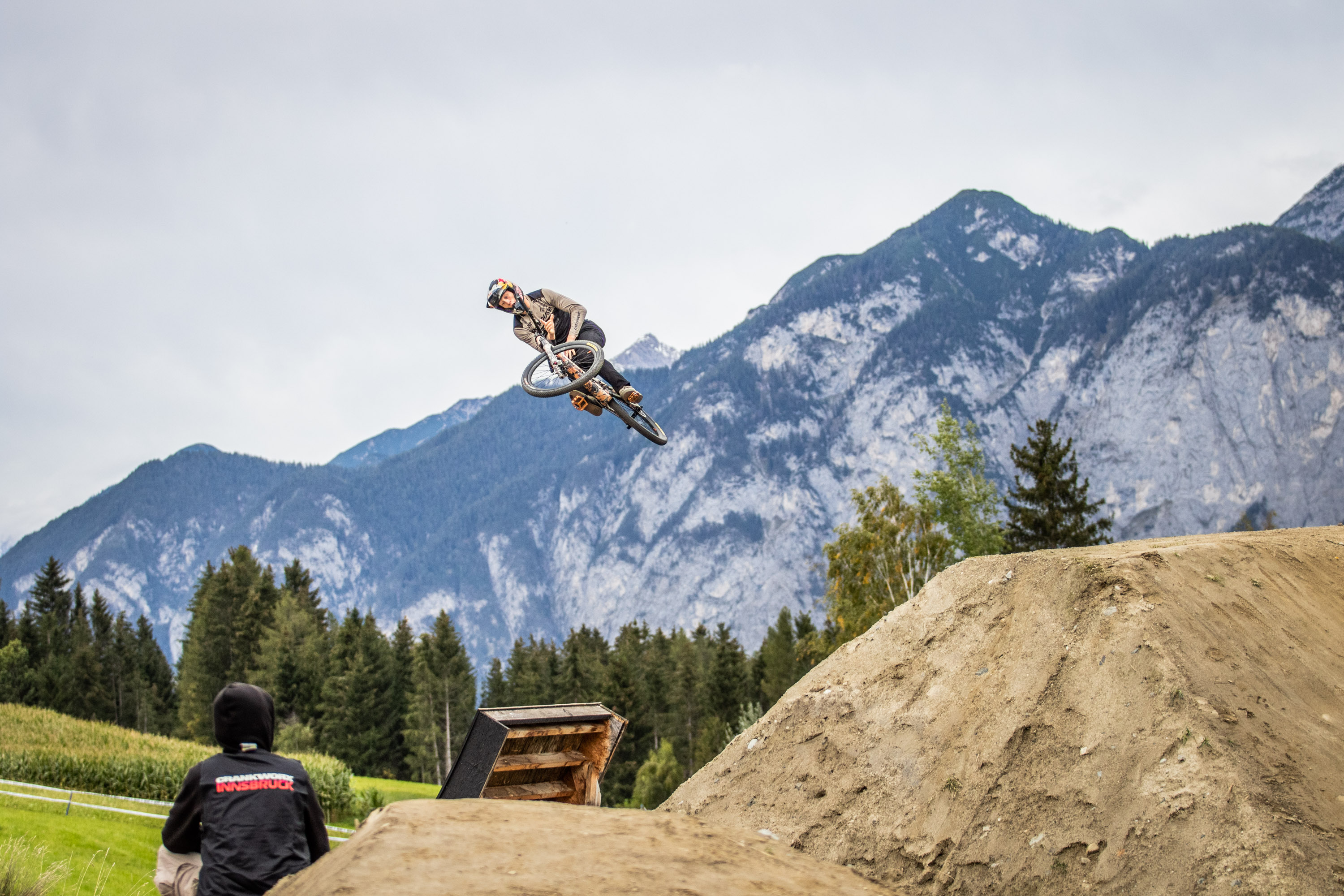 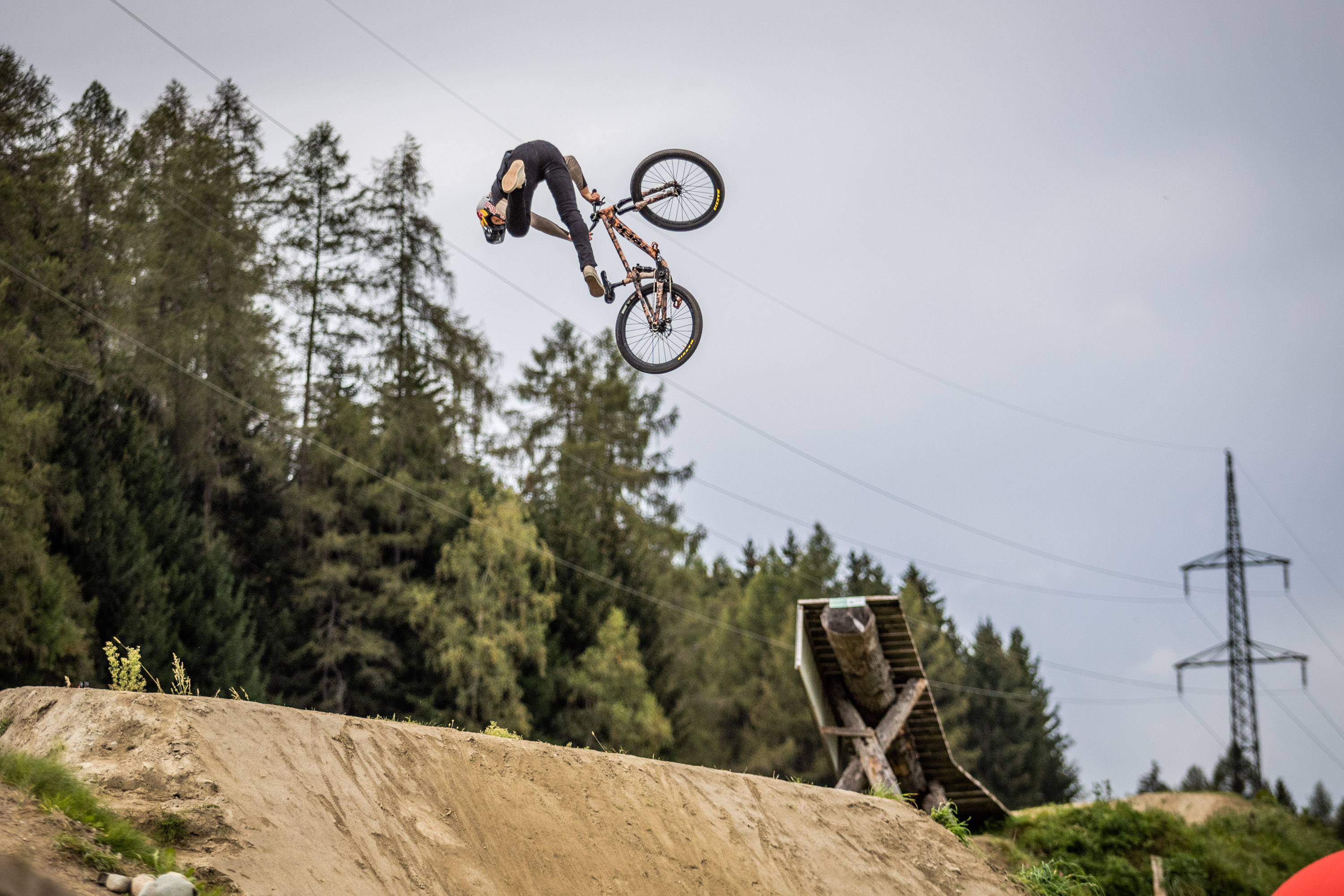 Journal
Weather conditions were less than favorable in Innsbruck over the Crankworx weekend, but riders battled through the windswept and rainy conditions and mountain bike fans from all around the
Read More 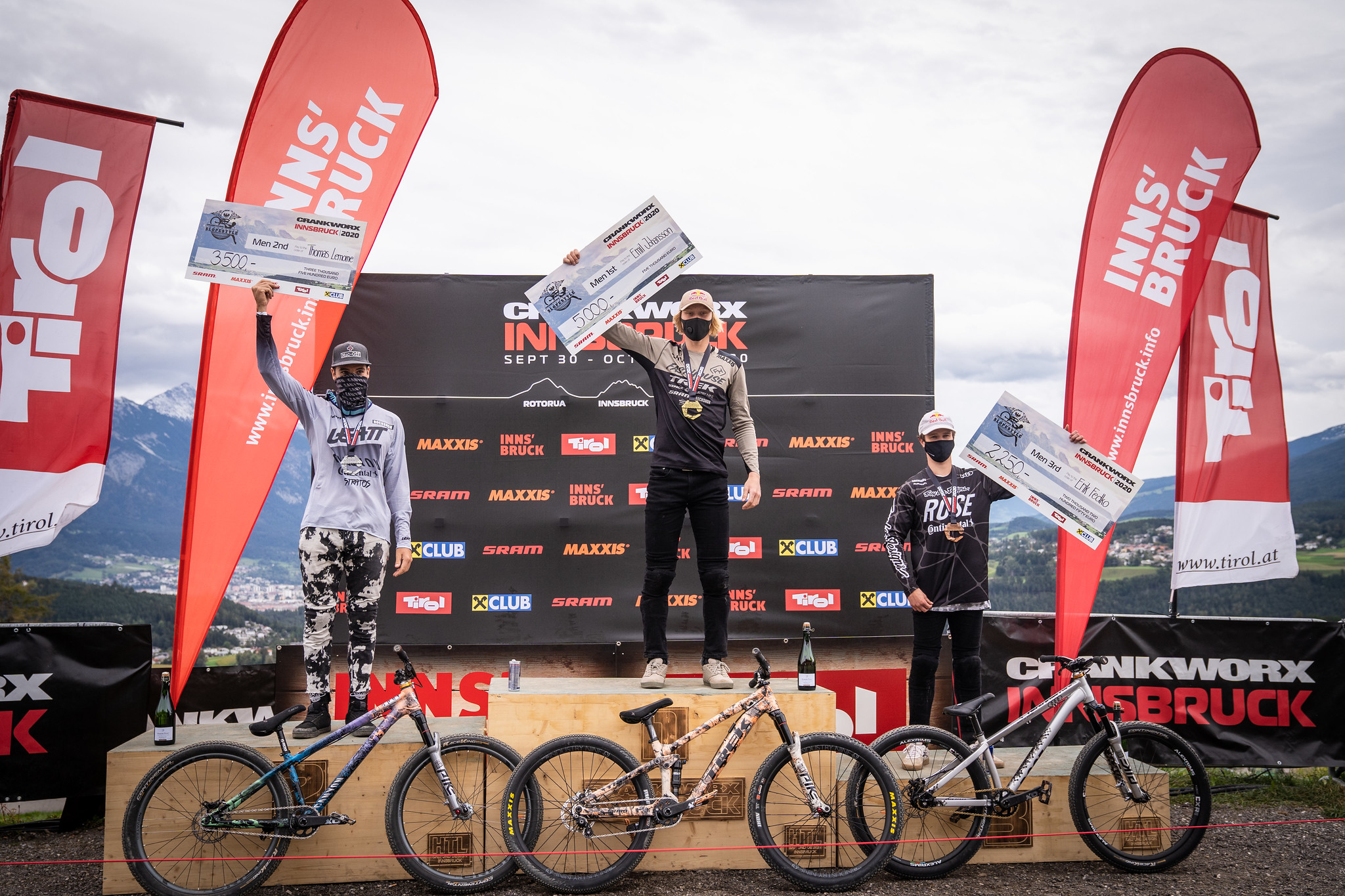 Journal
Weather conditions were less than favorable in Innsbruck during the Crankworx Slopestyle finals, but riders battled through the windswept conditions and slopestyle fans from around the world witnessed multiple
Read More

Journal
Gabriel Wibmer has roughly one year to go before he graduates from high school. Between studying and going to school, he needs some two-wheel-action to take his mind off.
Read More
PreviousVideo: Emil Johansson Conquering Crankworx Innsbruck!
2020 UCI MTB World Championships: Unpredictable Conditions Set Stage for Heroic Downhill RacingNext